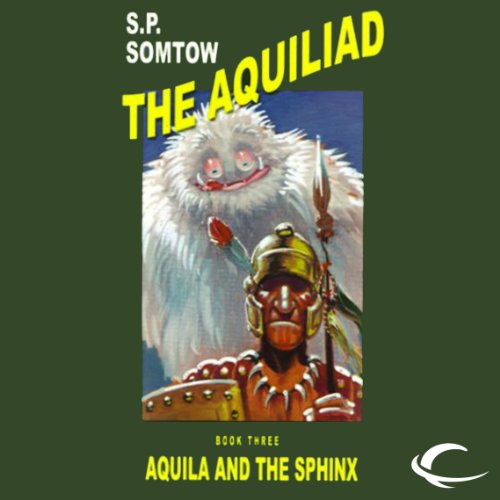 Aquila and the Sphinx

Equus Insanus, son of Aquila, has been missing for three years on his quest to bring the vile Time Criminal to justice. His Roman half brother, Lucius, nephew to Caesar, fears him dead - until he begins receiving strange messages from the lost Lacoti warrior.

Then Lucius learns that Equus has been captured by the Time Criminal, who plans to use him as the instrument which will destroy their world. Discovering that the secret to Equus’s salvation may lie in the pyramids of Giza and in the riddle of the Sphynx, Aquila and Lucius set out for Egypt. They have no idea that the answers they find will lead them across the entire Roman Empire, through space, and ultimately through time itself - for the final confrontation with the Time Criminal and the battle for a man’s soul!

What listeners say about Aquila and the Sphinx