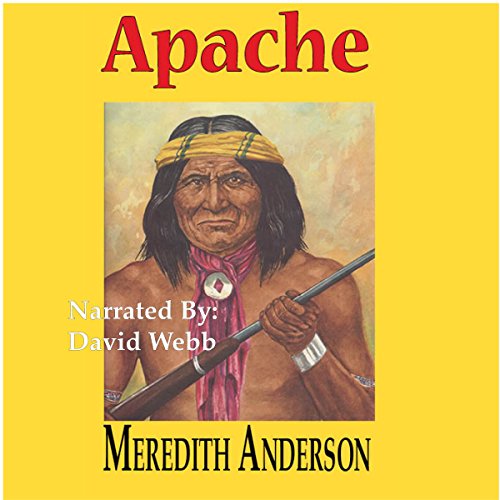 By: Meredith I. Anderson
Narrated by: David Webb
Try for $0.00

Apache: A warrior race of people with a history longer than sand has passed through the hour glass of time. The nation's economy, like that of other Indian tribes, was based primarily on hunting and raiding; they were hunters and warriors of the first degree.

History says that it was Spanish Conquistadors under the command of Francisco Coronado (1510 - 1554) who first made contact with the Apache and traded with them. The Spaniards referred to the Apache as the "dog people" because they did not have horses and traveled with much of their burdens being carried by dogs described as being white with black or brown spots.

Where the Comanche ran up on their enemy shouting and screaming, the Apache took a radical approach of a silent swift attack that his victim did not hear coming.

What listeners say about Apache