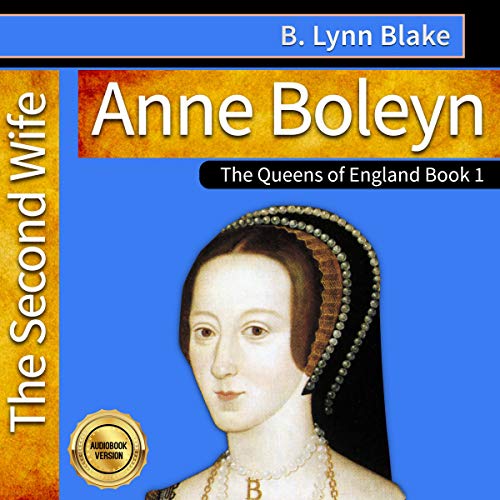 By: B. Lynn Blake
Narrated by: Mike Piscitelli
Try for $0.00

The complete story of Anne Boleyn, the second wife of Henry VIII. Historically accurate account of Anne’s life. Anne’s great-grandfather’s death at Bosworth with Richard III. Her grandfather jailed in the Tower of London. Her parent’s scandalous marriage. The death of her two brothers. Anne’s relationship to Henry VIII through their mutual aunt, Anne of a York. Anne’s life in the Flemish Court with her mentor Margaret of Austria. Anne’s education with the future Holy Roman Emperor, Charles V, and the future Queens of France, Portugal, Denmark, Sweden, Norway, and Hungary. Her mentors in the French Court - Louise of Savoy, Queen Marguerite of Navarre, and Queen Claude of France. Her friendship with Diane du Pointier. Anne’s trip to the Mediterranean Sea. Leonardo da Vinci influence on Anne. Anne’s relationships with the Holy Roman Emperor Charles V and the French King Francis I. Her sister’s love affairs with both Francis I and Henry VIII. Her near marriage to her cousin James Butler, the future Irish Earl. Anne’s love affair with Henry Percy, the future Duke of Northumberland. Anne’s banishment from court by Cardinal Wolsey. Her sister’s two children by Henry VIII. Anne’s return to the Tudor Court by becoming Henry’s favorite lady. Henry’s love letters to Anne. Anne Boleyn uphill battle for seven years trying to become the Queen of England. Anne’s near death from the sweating sickness. Henry’s devotion to Anne despite her rejecting his offers of a sexual relationship. Anne outmaneuvers Katherine of Aragon, Charles V, the Pope, and Wolsey when she persuades Henry to marry her. Henry’s abandonment of his first wife, Katherine of Aragon. Henry’s desire for Anne turns England upside down when Henry forced the separation of the Church of England from the Catholic Church. Charles V’s threat of an invasion of England. Thomas More and Cardinal Fisher’s beheadings. Henry declares his daughter, Mary Tudor, a bastard. Anne Boleyn triumph in 1533 when she became Henry’s second wife and Queen. The birth of her daughter, Elizabeth I. Cromwell’s betrayal. Henry’s near death at a jousting competition. The miscarriage of her son. Anne’s last letter to Henry pleading for her life. Anne’s execution that stunned the world and left her daughter a bastard. The aftermath of Anne’s death. Anne Boleyn’s biological relationship with the current Elizabeth II and today’s Royal Family of England.

What listeners say about Anne Boleyn: The Second Wife

I loved the narration of this book. I felt as if the reader was having a conversation with me, that the knowledge within the book was his own. Very well done!

Interesting because it focuses on Anne Boleyn’s entire life so you learn what made Anne personality.