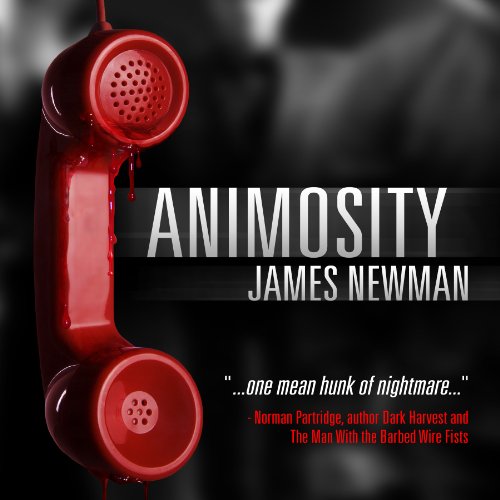 By: James Newman
Narrated by: James Fouhey
Try for $0.00

Andrew Holland is a best-selling horror writer. While none of Andy's neighbors has any interest in reading his macabre books, they're pleased to have a celebrity author living among them. Then, one morning, Andy finds the body of a child several hundred feet from his front door. A little girl who has been raped and murdered. And everything changes on Poinsettia Lane. Andy's neighbors turn on him. Their animosity is subtle at first: a dirty look from across the street, a friendly wave that is not reciprocated. The local media exacerbates the tension in the neighborhood by insinuating connections between the horror writer's work and his role in the girl's murder.

The authorities clear Andy of any wrongdoing, but the stain has set. Before long, this once-quiet, peaceful neighborhood becomes a maelstrom of anxiety and chaos. Andy's neighbors surround his home like a horde of zombies - but instead of a hunger for flesh, these monsters are driven by lies, fear, and hatred. Andy Holland's neighborhood is just like our neighborhoods and his neighbors are our neighbors. They are the people who we interact with on a daily basis and we can easily see them reflected in Newman's characters. That is what makes this book so incredibly frightening. We can easily see what animosity can do to a person. It can bring out the hatred and ugliness in the people we know.

Newman's vision of a picturesque community plays out like the classic Twilight Zone episode, 'The Monsters Are Due on Maple Street' as the true villains are those who claim to be "fighting the good fight". Logic gets tossed to the wayside as mob mentality takes over and people begin looking for any reason to point the finger. The interesting thing is that in a world that claims to embrace diversity, the person with the slightest idiosyncrasy is the most commonly persecuted.

What listeners say about Animosity

A powerful story enhanced by a talented narrator

Would you consider the audio edition of Animosity to be better than the print version?

James Fouhey did a spectacular job narrating ANIMOSITY, but I did not prefer one over the other. Both were powerful in their own ways.

What other book might you compare Animosity to and why?

There's a little bit of King's MISERY here, as well as parts that reminded me of Blake Crouch's DESERT PLACES. The similarities to the aforementioned books is minuscule though, as Newman's story is wholly his own.

Have you listened to any of James Fouhey’s other performances before? How does this one compare?

This is my first experience with Fouhey, but I will not hesitate to try another of his performances.

I believe it was chapter eight that really struck a chord with me. Fouhey captured the sadness of a father who has neglected his child because of his job very well. I was crying by the time that chapter wrapped.

ANIMOSITY is the best book I've read. Period. Will you think so? Well, this comes down to, as always, personal preference and the foundation on which you've built your life. My own perception of the human condition is different than yours. I'm a horror fan, parent, and life-long dog lover. Some of us will share one or two or all of those traits but still will not view the world around us in the same light. With ANIMOSITY, James Newman forced a mirror into my face. I wasn't reading about Andrew Holland. The events of this book were happening to me. Never before have I been so affected by a piece of fiction. When I wasn't crying I was filled with a tangible sense of dread. Throughout the entire novel, something sinister lingered in my peripheral vision. Newman channeled malice and foreboding then poured both into me, as if I had a funnel down my throat.This book asks hard questions: Does art truly imitate life? Are writers of dark fiction, at their cores, dark people, and is that a bad thing? Should society be mindful of those who create scenes of murder and mayhem for the entertainment of others? Your answer to that question will affect how much you appreciate this novel. Furthermore, Newman delves into mob mentality and self-imposed reality. We've all seen footage or been part of a riot. You've seen the maniacal glee spread across the faces of persons you wouldn't think possible of such violence. The human mind is a scary place, and once that hunk of gray jelly settles on what it considers fact there's not much anyone can do to sway its perception of reality. Just look at religion and politics, how either side of the fence can be so adamant about their beliefs that they will ignore truth and hard evidence. No one likes being wrong, and that can draw out the worst in everyone of us. It is not the story or plot or even the characters that make this book exceptional (although those parts are outstanding as well) but the overall message.Placing this novel as number one on my list of favorite reads was a much harder decision than I expected. I had to consider several things: entertainment value, story progression, the quality of the writing, and personal preference. I think the most important part of Newman's tribute to the horror genre is that every chapter, every page, every word is important to the piece. That cannot be said of any of the other novels in my Top Twenty list. Depending on what kind of reader you are, superfluous detail can be fun or tedious to read. Marissha Pessl's NIGHT FILM, the book that previously held the number one spot on my list, came together at the end to form one large picture, but I would be lying if I said there weren't parts when I was bored senseless. Same goes for NOS4A2, IT, HORNS, and THE HOBBIT. ANIMOSITY is relentless. Not once did I check how much I had left to read, and, even though I required brief breaks from the unyielding tension, I never actually wanted to stop reading.The blurb on the cover states: "...one mean hunk of nightmare..." You'd be wise to believe that statement. I cannot stress enough how unsettling this book is, and I refuse to spoil a single word of it by warning you of the atrocities you'll witness.In summation: I've done my best with this review, but I've come nowhere near doing justice to Newman's tale of an unlucky fellow set upon by a neighborhood possessed by false truth. ANIMOSITY is a masterwork, a canvas painted with social commentary and buckets of blood that should not be ignored.

Much Ado About Horror

This is a good time-burner that will hold your attention while asking you to suspend quite a bit of logic. I know there are people out there who run the scale from literary snobs to book burners, but the main character in Animosity manages to find an entire community willing to commit murder because they suspect someone of a crime primarily, or at least in part, because he writes horror stories. That was a bit of a stretch for me. True, I am a fan of the genre but how could anyone think that all horror writers are devil worshiping child sex perverts? Perhaps I am naively underestimating people’s capacity for stupid? As I said, people do actually burn/ban books so maybe there really could be such a community out there, but this story did not make me believe it.

James Fouhey is a good narrator but not right for this book. The voices and overall tempo did not convey a small southern town. Overall Animosity seemed somewhat self-indulgent but a good listen (3.7) and worth a credit.

Are you neighbours really your friends???

What did you love best about Animosity?

What was one of the most memorable moments of Animosity?

The resolution scene at the end is amazingly intense.

What does James Fouhey bring to the story that you wouldn’t experience if you just read the book?

Fouhey took awhile to get warmed up to the characters and scenes it sounded to me, but once he did he was remarkable. Owned the principal characters, and moved easily between characters and situations.

Watch your neighbours, they are watching you!

This is a remarkable, terrifying, powerful book. I downloaded it on the recommendation of other listeners, and am glad I did. If psychographic terror is up your alley, I highly endorse this offering.

Would you consider the audio edition of Animosity to be better than the print version?

How in the heck should I know? If I'd read it, I wouldn't have listened to it and vica versa.

What other book might you compare Animosity to and why?

Which character – as performed by James Fouhey – was your favorite?

Obviously, Andy, the main character who is really the only one we get to know well. We see the world through his eyes as his neighborhood changes around him after certain events happen.

Love thy neighbour, not!

I don't know what I was expecting when I purchased this book; some sort of mystery suspense because that's the category I usually buy from. This, however, is no ordinary mystery thriller. Yes, there is murder, if fact there are two, but they are only incidental to the real story. The story of how the public can be whipped into a frenzy - to be more concise - a killing frenzy, by the press and other media that unmasks all the hidden prejudices that live within all of us. I found this book a very disturbing examination of the group human psyche. If you like psychological thrillers then this book is for you; it's very frightening.