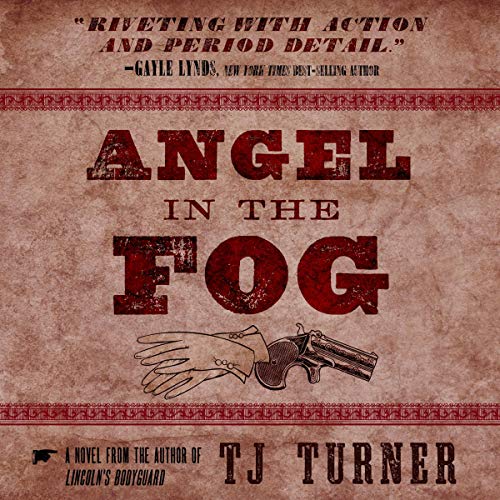 Angel in the Fog

Molly Ferguson’s comfortable life unravels when her Louisiana home is burned to the ground, her family murdered, and she is enslaved in a Baltimore brothel. Amidst the threat of the Civil War, Molly learns of secessionist plans to assassinate President-elect Abraham Lincoln as he makes his way to Washington for his inauguration. She’s manages to pass this information on to a Pinkerton agent posing as a client. Impressed with her fortitude and intelligence, the Pinkerton Agency arranges for Molly’s freedom and brings her under the tutelage of Mrs. Kate Warne, America’s first female detective. After they save Mr. Lincoln in Baltimore, Molly is sent by the Pinkerton Agency into the Deep South - where the Civil War now rages - a spy behind enemy lines.

Molly threads a thin line between revenge and redemption as she races to unravel a sinister plan that will doom the Union and allow the confederacy to win the Civil War - while coming face-to-face with the demons from her tragic past.

What listeners say about Angel in the Fog

I’ve been waiting for this book since it’s release to be available on Audible. Anywho! I’m glad that it is here. I’ve listened to the other two books in the series and the story always has me guessing. I’ve even recommended this book out of others in my Audible library to friends and new people I meet. I give overall, performance, and story 5/5 stars. Great story and I won’t spoil the details in this review. Angel in the Fog is best read by narrator Cindy Piller. She did a great job and I highly recommend. Take my word for it with this series you won’t be disappointed but excited per chapter.

Angel in the Fog

Loved it! Kept you on the edge of your seat and craved time to listen.