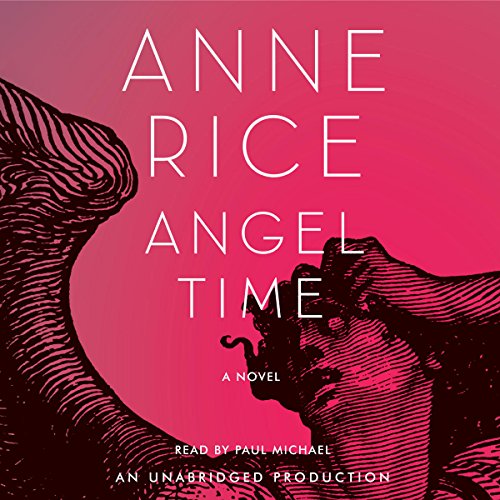 Anne Rice returns to the mesmerizing storytelling that has captivated fans for more than three decades in a tale of unceasing suspense set in time past - a metaphysical thriller about angels and assassins.

The novel opens in the present. At its center: Toby O’Dare - a contract killer of underground fame on assignment to kill once again. A soulless soul, a dead man walking, he lives under a series of aliases - just now: Lucky the Fox - and takes his orders from “The Right Man”.

Into O’Dare’s nightmarish world of lone and lethal missions comes a mysterious stranger, a seraph, who offers him a chance to save rather than destroy lives. O’Dare, who long ago dreamt of being a priest but instead came to embody danger and violence, seizes his chance. Now he is carried back through the ages to 13th-century England, to dark realms where accusations of ritual murder have been made against Jews, where children suddenly die or disappear....

In this primitive setting, O’Dare begins his perilous quest for salvation, a journey of danger and flight, loyalty and betrayal, selflessness and love.

What listeners say about Angel Time

Good, but the resolution felt a bit anticlimactic

As usual, Anne Rice's writing voice is mesmerizing, and she makes you care for and get involved with her characters. In this book, though, the main character was built up so well at the beginning and had so much to overcome in order to be redeemed that the ultimate conclusion of his mission felt a bit anticlimactic. I guess I was looking for a bit more action than introspection, but I still enjoyed the book.

I liked the book. I've always liked Anne Rice, and was curious about this "new" Anne. I liked it, all in all. But I wanted more. I thought it would be one of many lessons, not just the one. I wasn't paying attention to how much time was left in the story. If I had been reading in a book, I guess I would have been more prepared. I was disappointed in the end, like I had missed the second part of the book. Perhaps there is another coming. It was too short. I really felt like I only got half the story.

Promising beginning, but the rest not so much...

What would have made Angel Time better?

As a long time Anne Rice fan, I returned to a former favourite: Interview with the vampire

I like the idea behind Angel Time. It had the opportunity to be an interesting philosophical delving into eternal questions and the serach for redemption (even though very influenced by what I take to be Anne Rice's own spiritual journey) - but unfortunately, I don't think Rice pulled it off. Instead of exploring these questions more, she made the story revolve too much about a couple experiencing persecution at the hands of stupid and fanatic people. Unfortunately, this seems like an 'easy way out' of complex questions, and made me not want to read/listen more of this series.

I LOVE Anne Rice and have read everything she has written. I was so excited to read this new book. At the end I was so disappointed, it was like the story was going one way and then out of nowhere it turned left. I had to keep going back because I thought I skipped a chapter or two.

I love Anne Rice's writing but this has fallen so flat for me... seven hours in and I'm trying to figure out --where is the intrigue? Sorry to say this has not captured my attention at all. Pains me to say this because I have great affection for the writer and loved her recent interview on NPR.

Angel Time proves that Rice has not lost her gift for visual prose, creating rich landscapes and tapestries of emotion. Sadly, she uses it for a story we've all heard before and know how it ends.

Toby O'Dare is a hit man born of tragic circumstances and guilt, forged by an injustice to man who has been kind to him. He is, however, a most incongruous hit man. Both a lover of music - he plays the lute - and great beauty, and a ruthless killer who arbores blood and cruelty. So much so, that he dispatches his victims with a syringe instead of a gun and then stays to comfort them while they die. What's more, he is burdened with a conscience. Repulsed by his own actions, he wants to die.

Enter the Seraph, an angel sent to redeem Toby and bring him back to God. To do this, the angel explains, Toby must make amends, which is how he finds himself transformed as a Dominican monk sent to 13th-century Norwich village to intervene for the town's Jews. "I always wanted to be a Dominican monk," he exclaims. Seriously? This is where all ability to suspend disbelief is mortally challenged. The choice between good and evil may be nothing more than a bend in the road; the choice between becoming a ruthless killer and man of God is a hairpin curve.

Rice fans know that after the death of her husband, poet Stan Rice, she returned to her Catholic faith, declaring that she would from then on "write only for Jesus Christ." She kept that promise with the "Christ the Lord" books and "Called out of Darkness," the story of her own spiritual journey back to God. "Angel Time" appears to be fictional account of that journey designed to appeal to the readers of her vampire series. Will it? Reader's of faith may find this book affirming: no one is beyond redemption. But, Rice has broken no new ground here. Bad person finds God, earns forgiveness. Predictable.

What would have made Angel Time better?

an entirely new story line; more depth into the mind, heart and soul of the assassin

Would you ever listen to anything by Anne Rice again?

I didn't much like the narrator; he was weak, unconvincing

Just as anyone has a 'bad day', with this literary work, Anne Rice had created a bad story. I had never before lost total interest in one of her novels.

The title says it all!

I didn't know what to expect from this book, and was delighted with all aspects. I haven't read any of the vampire series, but after reading Wolf Gift, and the Mayfair Witches, I decided to give this a try. I was not disappointed. The second book in the series is also worthy of consideration. I hope this will be a long series.

I have enjoyed Ann Rice???s work for decades. She hooked me with Lestat years ago and whatever the tale, I usually enjoyed it. Her writing is very sensual, in that she engages all the senses as she creates a scene in one???s imagination. Her characters are richly developed, so that you get a sense of them almost as real people.

???Angel Time??? is about flawed protagonists struggling with inner conflicts and a need for redemption. Toby O???Dare is a sensitive soul who is enchanted by beauty but raised in a dysfunctional home by an alcoholic mother who eventually kills herself and Toby???s younger siblings. He becomes a lost soul and later, in attempting to protect a friend from gangsters, he discovers that he has a talent for killing. Over the next ten years he becomes a government assassin. The war in his spirit reaches such an intensity that after gently killing his latest assigned victim he plans to kill himself. It is at this point in time that an angel appears and recruits him to a higher purpose. The war within left Toby ripe for conversion or suicide; so that through the angel???s appearance and the provision of some insight into Toby???s inner conflicts it was enough to push him to the point of inner conversion and reconciliation.

At first I found Toby???s conversion too easy, as it seemed that a hardened killer doesn???t change so radically even if an angel appears and invites him to do so. It was only during the angel induced flashback sequence, where the reader learns of Toby???s childhood, that his internal conflicts become clear. He is haunted by his childhood, his dead family and a lost love. He is a solder who kills because he must but doesn???t like what he is doing. The story reaches a satisfactory ending and Ms. Rice even adds a bit as a teaser for the second novel in this series.

I enjoyed the book and recommend it.

I've been a fan of Anne's books for 20 years. She is able to create rich visual images with her words. I waited for this book to get exciting. It just didn't happen for me.