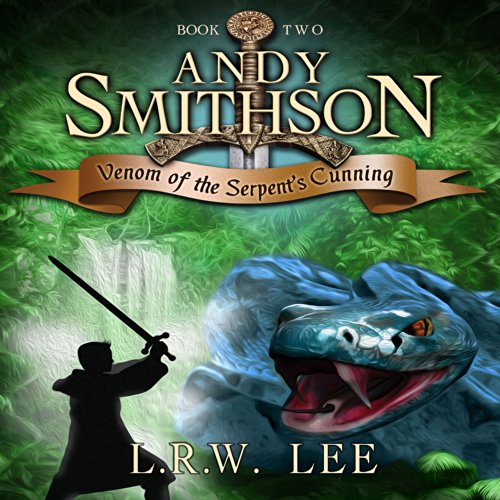 Ancient Secrets. The Alchemist's Creed. What's Andy Mixed Up In?

Resurrection stone? Almost. The Stone of Athanasia has kept the king and his wizard alive for over 500 years, but a villain has stolen it, driving the pair to the brink of death.

Andy must hunt down the Stone along with the next ingredient in the curse-breaking potion. But as Andy and his friend, Alden, scour the land, things get unbelievably weird when they visit Oomaldee's ancient library and find a portrait that looks exactly like Andy. Andy holds the fate of the monarchy in his hands, but what fate do the library's secrets hold for Andy?

Venom of the Serpent's Cunning is the second novel in the Andy Smithson coming-of-age, epic fantasy adventure featuring pause-resisting action, terrifying villains, and witty banter, mixed with tender exchanges that will grab your heart and make you beg for more.

Buy the Venom of the Serpent's Cunning audiobook to continue the thrilling adventure now!

What listeners say about Andy Smithson