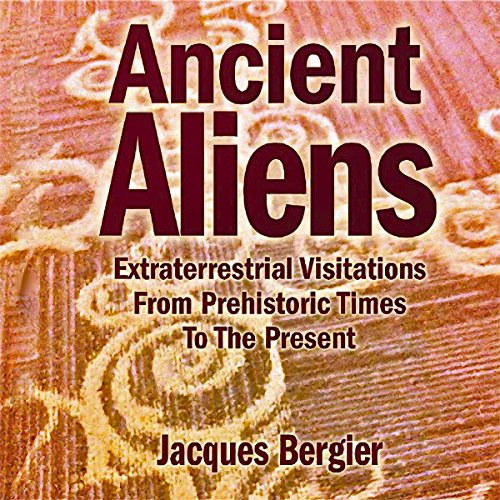 Ancient Aliens: Extraterrestrial Visitations from Prehistoric Times to the Present

By: Jacques Bergier
Narrated by: Mark Barnard
Try for $0.00

In Ancient Aliens: Extraterrestrial Visitations from Prehistoric Times to the Present, Jacques Bergier, a French scholar, states unequivocally that extraterrestrial intelligence have often interfered in human history. And he proves it!

To a world titillated by Chariots of the Gods, Jacques Bergier brings new documentation and insight. Extending his observations from the era of the dinosaurs to modern times, Bergier identifies and expands upon items that science has too readily dismissed as “nonsense” or “explained” quickly by categorization.

How did a whole race of prehistoric creatures - the dinosaurs - disappear? Serious scholars today are advocating the theory that the dinosaurs were wiped out in a cosmos-originated cataclysm.

And what about those mysterious - and unexplained - "manmade" items that are discovered during mining operations, finally released after being locked in coal deposits eons old? They are not the products of random organic phenomena. They give evidence of being manufactured in years past by cultures perhaps alien to Earth.

And so it goes - right into modern times. One cannot simply discount all the sightings of UFOs, even of strangers on the Earth, as 21st-century man so cavalierly has done. The pieces of evidence - and the reputations of those who reported their experiences - are too weighty to allow such unscientific reactions.

For his part, Jacques Bergier provides more than clues to the effect; he supplies incontrovertible evidence.

What listeners say about Ancient Aliens: Extraterrestrial Visitations from Prehistoric Times to the Present