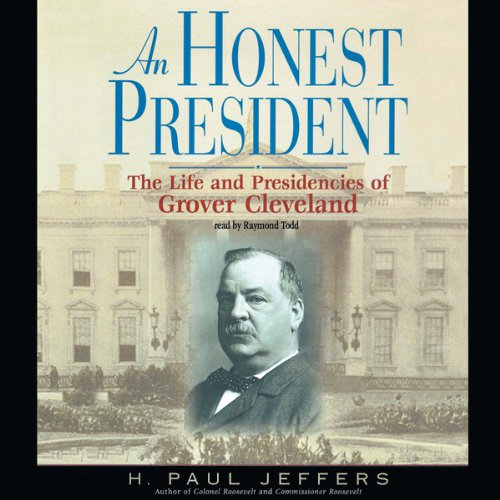 Today Grover Cleveland is mainly remembered as the only president to be elected to two non-consecutive terms. But in his day, Cleveland was a renowned reformer, an enemy of political machines who joined forces with Theodore Roosevelt to fight powerful party bosses, a moralist who vetoed bills he considered blatant raids on the Treasury, a vigorous defender of the Monroe Doctrine who resisted American imperialism, and a president who stood his ground against Wall Street robber barons in an era of big business.

His real legacy, however, is his statesmanship. His time in office was plagued by scandal and a gossip-mongering press, but Grover Cleveland was a president of principle who never flinched from taking the high road.

During his first presidential bid, when he was a bachelor, his scheming opponents accused him of fathering a child out of wedlock, a charge Cleveland readily admitted to be true. The country forgot the charge and remembered Cleveland's candor. At the age of 49, he married his ward, the beautiful 21-year-old daughter of an old friend. After the nation's initial surprise, she became the most popular first lady of the day, a 19th-century Jacqueline Kennedy, and the mother of the first child born in the White House.

On his deathbed, Cleveland would sum up his career simply: "I have tried so hard to do right." And that he did, always acting according to the dictates of his conscience, taking responsibility for his actions and refusing to explain, excuse, or aggrandize himself through autobiography, library, or museum. Thus, Grover the Good, as he was called, ever remained...an honest president.

What listeners say about An Honest President

Not as in depth as Chernow's "Alexander Hamilton" or McCullogh's "John Adams", "An Honest President" is, nonetheless, a well-written and informative look into one of the less notable US presidents. The author does a good job of drawing a complete picture of the man and the events and major decisions which shaped his political views and which ultimately brought him both victory and defeat. Not an edge-of-the-seat novel but certainly worth a listen.

We need another Grover Cleveland

Relegated to the obscurity of history, Grover Cleveland has been grossly underrated. This biography is interesting, well read and entertaining and gives an excellent view into other times which are not so different from our own. Heartily recommended.

a (mostly) political biography, it doesn't reveal much about cleveland's personal life, nor does it communicate the vibrancy and charisma which enabled him to win the popular vote in 3 straight elections, and which vaulted him from minor political player in upstate new york, to the governorship of new york (which is given short shrift), and ultimately to the presidency. a competent political biography, with a strong narrative sweep, but one which leaves the reader ultimately unsatisfied - the relative lack of personal back-story and formative influences is quite strange, as cleveland was, as the title states, not only "An Honest President" but an open and honest man.

Mr. Jeffers said that he wrote this book for people who might simply be curious to learn more about Grover Cleveland. He’s produced a perfect product for that purpose. I learned so much great American history about the late 19th Century without getting buried in minutiae. Highly recommended reading.

Narrator was great. It doesn't overwhelm you with details. I came out knowing much more about Cleveland life and outlooks.

HIstorically accurate yet very interesting story. The author pulls in the reader by adding personal touches of the characters' lives.

The Title Tells the Story

I knew very little about this man and am glad I gave this book a listen. It is a fascinating look at how small seemingly insignificant decisions can bring about big and unexpected events. And of course how pedigree isn't always a requirement to be President. His interactions with the press, much as with other presidents, is always a fascinating story of its own. Nothing has changed since we have had print news.

I recommend this book despite the boring narration. At times I found my mind wandering. The monotone was a challenge as were his strained, failed, attempts at using various voices for some characters. It would have been better to not even try.

The narrator was great and the author made the live of "The Big one" come alive. This book is great for not only history buffs but for anyone.

worthwhile read of a US President known for honesty and intrgritt. fsst, infotmative and entertaining for casual history buffs.