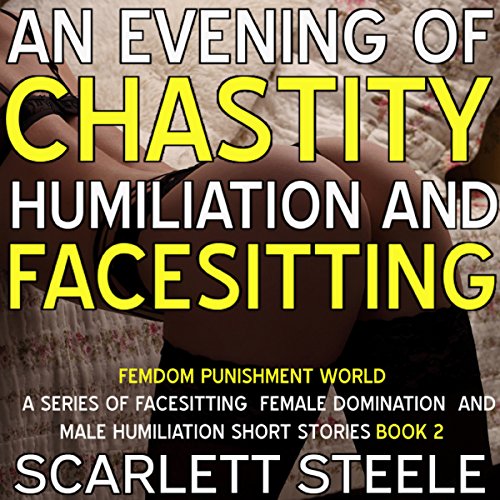 An Evening of Chastity Humiliation and Facesitting

An Evening of Chastity Humiliation and Facesitting

A webcam addiction leads to a public chastity and facesitting humiliation!

At 30, David is really more successful than most of his peers. He owns a beautiful restaurant in New York’s trendy Tribeca district, and it is really busy most of the week. In fact, they have a waiting list months long for their private booths. So, needless to say, he is happy with what he has managed to achieve in a relatively short space of time.

He has one weakness though, a fetish of sorts. He is addicted to watching girls on live webcams, performing all manner of sexually enticing acts. These are paid sites, but he can afford it. And he figures, since he isn’t actually meeting any of these girls, there really is no harm, no foul!

That is, until he meets Kimberley....

She has the most beautiful ass he has ever seen on anyone, and even though she doesn’t do anything overly sexual, she does just enough to keep him hooked. So hooked is he, in fact, that one day, during a private session, he invites her down to his restaurant. Not sure if she will come, he nervously anticipates this either way. And when she does show up, he almost wishes she hadn’t.

But it is too late….