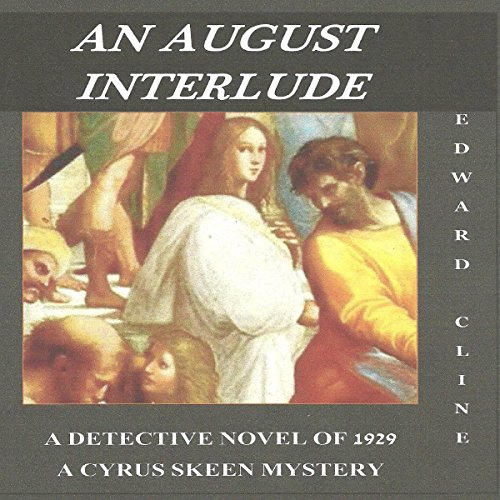 An August Interlude: A Detective Novel of 1929

An August Interlude: A Detective Novel of 1929

It's August, 1929. Fresh and rested from his case in The Daedàlus Conspiracy in July, which took him to the Daedàlus Grove in Northern California to foil an assassination attempt, Cyrus Skeen hires a new secretary, the promisingly capable Clara Reyes. Soon after that, he's approached by a man, Bruce Willowman, who wishes him to try to find the murderer of his younger brother, Beauregard, in San Francisco five years before.

It seems that the man was murdered by a nun, a member of the Sisters of the Apostolic Faith, who drove a small crucifix through one of his eyes. The man appeared to have been drunk and had been booted from a high-class brothel close to the Apostolic Faith convent, and then attacked the nun. The nun subsequently disappeared from the convent. The police know her name and have her fingerprints, but cannot find her. The murder is now five years old, and the murderess, if found, would not be protected by a statute of limitations.

The victim's brother received a note from a person who claimed to have witnessed the attack on the nun, and that now she had seen the murderess near the convent days before. When Skeen reads the note which contains the murderess' name, he's shocked to learn that it's someone he and his wife, Dilys, know very well. He doesn't tell Bruce Willowman that he knows the alleged murderess. He takes on the case and begins to uncover some curious and perilous secrets kept by the convent.