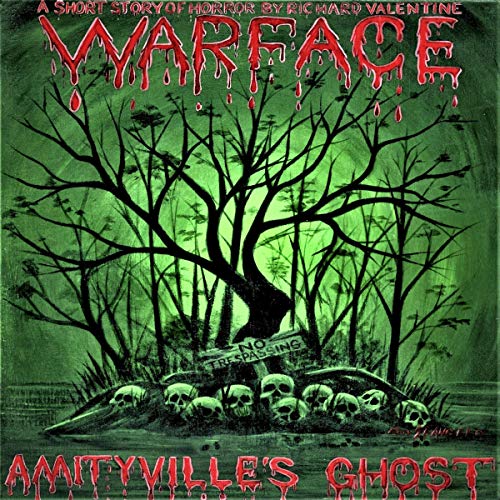 Featuring Links to My Past: A Short Story of Horror
By: Richard Valentine, Ron St. Angelo
Narrated by: Barry Schwam
Length: 59 mins
Categories: Fiction, Horror
3.5 out of 5 stars 3.5 (2 ratings)

In the first of two short horror stories, “Warface”, urban legend has it that eons ago Samuel Ketchum killed and tortured countless Indians on remote Indian Island. Not even women and children were spared. Years later, tales of bizarre disappearance and drowning surfaced. Locals tell of a tribal witch doctor Ketchum burned alive on that very island and speculate he now roams the land seeking vengeance for his death by collecting innocent souls for eternity. He is Chief Warface, and he’s out there haunting Indian Island.

In the story “Links to My Past”, while visiting a graveyard during a class trip to Old Bethpage Village Restoration, a group of students notice the name on a headstone is the same as one of the students. That student, Richard Valentine, starts having dreams and goes back to the time dated on the tombstone of 1887. This cemetery contains graves of the unwanted: murderers, rapists, and those possessed by witchcraft. What Valentine sees changes him forever.