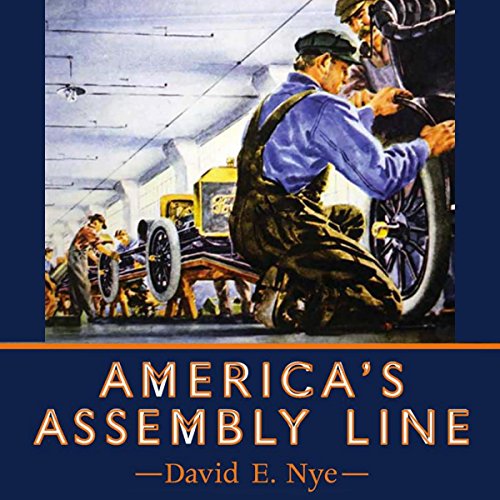 By: David E Nye
Narrated by: Kevin Moriarty
Try for $0.00

The mechanized assembly line was invented in 1913 and has been in continuous operation ever since. It is the most familiar form of mass production. Both praised as a boon to workers and condemned for exploiting them, it has been celebrated and satirized. (We can still picture Chaplin's little tramp trying to keep up with a factory conveyor belt.) In America's Assembly Line, David Nye examines the industrial innovation that made the United States productive and wealthy in the twentieth century.

The assembly line developed at the Ford Motor Company in 1913 for the mass production of Model Ts - first created and then serving an expanding mass market. It also transformed industrial labor. By 1980, Japan had reinvented the assembly line as a system of "lean manufacturing." American industry reluctantly adopted the new approach. Nye describes this evolution and the new global landscape of increasingly automated factories, with fewer industrial jobs in America and questionable working conditions in developing countries. A century after Ford's pioneering innovation, the assembly line continues to evolve toward more sustainable manufacturing.