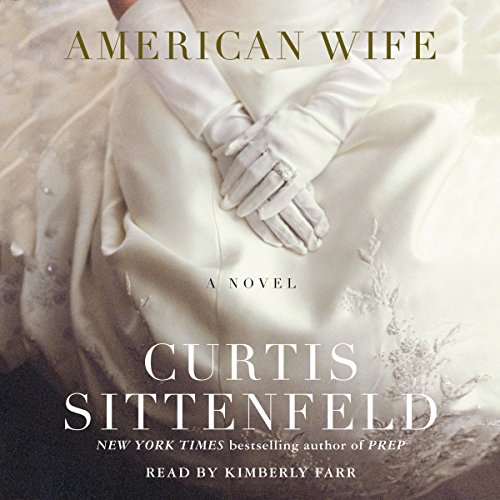 By: Curtis Sittenfeld
Narrated by: Kimberly Farr
Try for $0.00

On what might become one of the most significant days in her husband's presidency, Alice Blackwell considers the strange and unlikely path that has led her to the White House - and the repercussions of a life lived, as she puts it, "almost in opposition to itself."

A kind, bookish only child born in the 1940s, Alice learned the virtues of politeness early on from her stolid parents and small Wisconsin hometown. But a tragic accident when she was 17 shattered her identity and made her understand the fragility of life and the tenuousness of luck. So more than a decade later, when she met boisterous, charismatic Charlie Blackwell, she hardly gave him a second look. She was serious and thoughtful, and he would rather crack a joke than offer a real insight; he was the wealthy son of a bastion family of the Republican party, and she was a school librarian and registered Democrat. Comfortable in her quiet and unassuming life, she felt inured to his charms. And then, much to her surprise, Alice fell for Charlie.

As Alice learns to make her way amid the clannish energy and smug confidence of the Blackwell family, navigating the strange rituals of their country club and summer estate, she remains uneasy with her newfound good fortune. And when Charlie eventually becomes President, Alice is thrust into a position she did not seek - one of power and influence, privilege and responsibility. As Charlie's tumultuous and controversial second term in the White House wears on, Alice must face contradictions years in the making.

In Alice Blackwell, New York Times best-selling author Curtis Sittenfeld has created her most dynamic and complex heroine yet. American Wife is a gorgeously written novel that weaves class, wealth, race, and the exigencies of fate into a brilliant tapestry - a novel in which the unexpected becomes inevitable, and the pleasures and pain of intimacy and love are laid bare.

What listeners say about American Wife

This was a really good book. To hear one's life from being a child to a grownup made me reflect on my life and listening to her describe the ups and downs of love, marriage, I think anyone could relate. I enjoyed it.

This is one of my favorite books, but I felt the abridgment of the story for the audio version gave the characters—especially the main character—limited depth. For this reason I recommend the print version above the audio.

Disappointed in the negative characterizations of the Bush family from a liberal and secular worldview. Story kept my interest and narrator superb. It seemed the author had a political agenda in writing this book.

A rendering of life inside politics

American Wife was an interesting look at life on the inside of politics, and a slice of what life inside the White House may be like. I found the narration of this book to be excellent, the reader had a quality of excellence you would expect from a first lady. Also fascinating is that the American Wife is modeled after Laura Bush, so you are privy to what might be going on in Laura and George's marriage away from the press and out of the public eye. The story will keep you entertained, and might change the way you think of first ladies!

This was a very good book. It was most intertaining and I would recommend it to any one who enjoys reading. Well written!!!

Each of Us Must Endure, Our World Filled With Changes

This story, written by Curtis Sittenfeld, was brilliantly written. I enjoyed listening and learning so many things about our ever changing world, both about past generations and about issues that are still relevant today.

My favorite, was listening to the narrator, Kimberly Farr. Her voice is so clear and lovely that towards the end of this book, I wished there were more chapters left and that I could listen to her express the writers insights for much longer than when the story ends. This book becomes greater because of this narrator. Bravo, Kimberly Farr. 🎉🤗🙏

This book is patterned after Laura Bush, so I was excited to get into it. Great story and narration and I highly recommend this one!