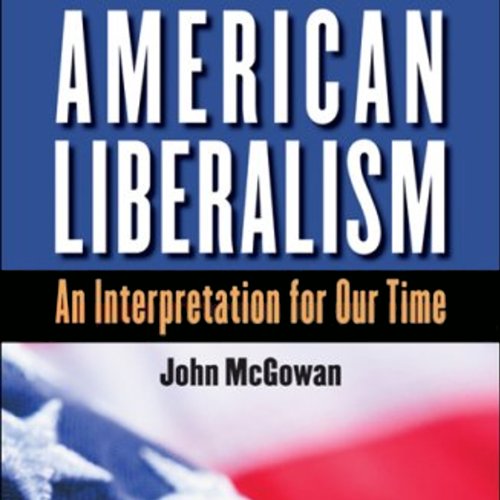 An Interpretation for Our Time
By: John McGowan
Narrated by: David Lawrence
Length: 9 hrs and 13 mins
Categories: History, American
4.5 out of 5 stars 4.3 (3 ratings)

Americans live in a liberal democracy. Yet, although democracy is widely touted today, liberalism is scorned by both the right and the left. The United States stands poised between its liberal democratic tradition and the illiberal alternatives of liberalism's critics. John McGowan argues that Americans should think twice before jettisoning the liberalism that guided American politics from James Madison to the New Deal and the Great Society.

In an engaging and informative discussion, McGowan offers a ringing endorsement of American liberalism's basic principles, values, and commitments. He identifies five tenets of liberalism: a commitment to liberty and equality, trust in a constitutionally established rule of law, a conviction that modern societies are irreducibly plural, the promotion of a diverse civil society, and a reliance on public debate and deliberation to influence others' opinions and actions.

McGowan explains how America's founders rejected the simplistic notion that government or society is necessarily oppressive. They were, however, acutely aware of the danger of tyranny. The liberalism of the founders distributed power widely in order to limit the power any one entity could exercise over others. Their aim was to provide for all an effective freedom that combined the right to self-determination with the ability to achieve one's self-chosen goals. In tracing this history, McGowan offers a clear vision of liberalism's foundational values as America's best guarantee today of liberty and the peace in which to exercise it.