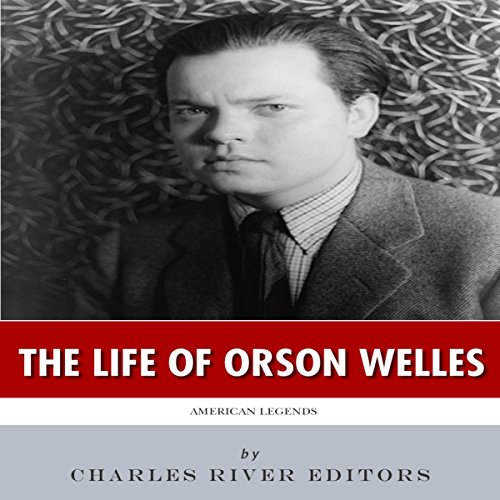 By: Charles River Editors
Narrated by: Diana Brown
Free with a 30-day trial

"I have always been more interested in experiment than in accomplishment." (Orson Welles)

When it comes to Hollywood and the entertainment industry, perhaps nobody catapulted to fame as quickly or as strangely as Orson Welles, but it would also be safe to say that few produced such critically acclaimed work either. Though he had worked on stage productions from an early age and seamlessly transitioned into radio, few were familiar with his work until a legendary 1938 radio broadcast of H. G. Wells' The War of the Worlds, during which some people who heard Welles narrating the work truly believed that an alien invasion was underway. As Welles famously apologized at the end of the broadcast, "This is Orson Welles, ladies and gentlemen, out of character, to assure you that The War of the Worlds has no further significance than as the holiday offering it was intended to be; The Mercury Theatre's own radio version of dressing up in a sheet and jumping out of a bush and saying, 'Boo!'"

Although the alleged widespread hysteria caused by that broadcast is mostly overstated, the notorious broadcast made Welles a household name, and he followed it up with one of the greatest movies ever made: Citizen Kane.

What listeners say about American Legends: The Life of Orson Welles