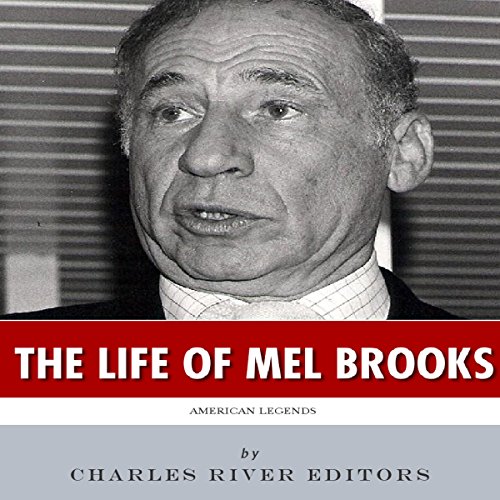 By: Charles River Editors
Narrated by: MJ McGalliard
Try for $0.00

"If you're quiet, you're not living. You've got to be noisy and colorful and lively." (Mel Brooks)

One of the more well-known Mel Brooks quips is his statement, in reference to his birth, that "we were so poor, my mother couldn't afford to have me; the lady next door gave birth to me." While obviously fabricated, the story is worthy of note, as it illustrates Brooks' self-deprecatory Jewish humor and his way of transforming a childhood of deep adversity into fodder for comedy.

This is, of course, one among many famous Mel Brooks remarks, and over his decades-long career Brooks has built a veritable treasure chest of them. Although many of his forebears in the Jewish comedy tradition built their success on slapstick comedy (here one thinks of the Marx Brothers and Jerry Lewis in particular), Brooks' humor has always been more verbal than physical, closer to Woody Allen than Jerry Lewis. Indeed his jokes and famous one-liners rank among those of Woody Allen in the pantheon of great Jewish verbal wit.

As much as Brooks invites comparison to other Jewish comedians, there also is no doubt that his comedy is deeply polarizing. Pauline Kael, for example, was a constant biting critic of Brooks, and he was never fully welcomed into the bosom of the American critical establishment.

What listeners say about American Legends: The Life of Mel Brooks

Mel Brooks Is an American Genus, his story is one of really not being given his due. He was always funny without being gross. He push the line of what was funny and always no afraid to take on “ untouchable “ subjects.

quick listen well worth the time