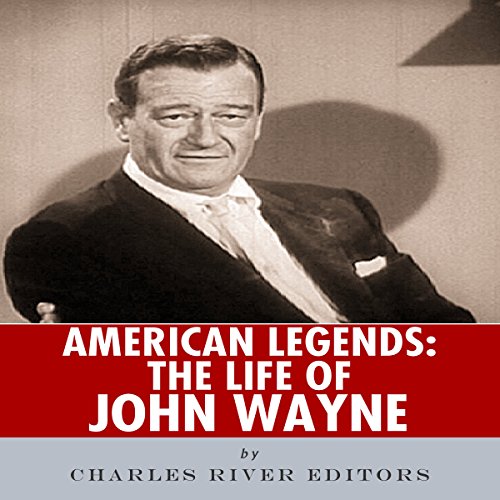 "Every country in the world loved the folklore of the West - the music, the dress, the excitement, everything that was associated with the opening of a new territory. It took everybody out of their own little world. The cowboy lasted a hundred years, created more songs and prose and poetry than any other folk figure. The closest thing was the Japanese samurai. Now, I wonder who'll continue it." - John Wayne

Hollywood has produced no shortage of famous movie stars, but none have been as culturally significant as John Wayne. Marion Morrison was born in a quintessentially quaint Midwestern town, but he eventually grew up to become John Wayne, the legend of the silver screen who embodied the Western frontier. Wayne starred in so many movies (nearly 150 in all) that when asked to name his worst, he joked that 50 of them were tied, but the excessive number allowed Wayne to portray heroes of all stripes, from cowboys to soldiers, and he was invariably charming, courageous, and full of rugged, masculine swagger.

Even as Westerns have certainly waned in popularity, Wayne himself has remained immensely popular, in part because he set the prototype for the heroic character, regardless of genre.

What listeners say about American Legends: The Life of John Wayne