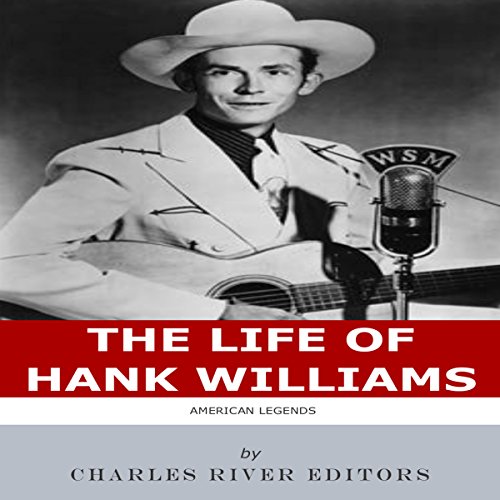 “You have to have smelt a lot of mule manure before you can sing like a hillbilly.” – Hank Williams

A lot of ink has been spilled covering the lives of history’s most influential figures, but how much of the forest is lost for the trees? In Charles River Editors’ American Legends series, readers can get caught up to speed on the lives of America’s most important men and women in the time it takes to finish a commute, while learning interesting facts long forgotten or never known.

One of the most enduring and consistently popular singers and songwriters in the history of country music, Hank Williams is considered by many to be the first American superstar of the genre and the “father” of modern country music. In the post-World War II era, at a time when country music was an insulated and regionalized cottage industry, Williams almost personally oversaw its transition into a national mania that would be later taken up by such figures as Johnny Cash and Elvis Presley, even as the musicians remained loyal to the genre’s older, rural roots. But unlike the wave of greats that followed his brief but stellar career, Williams remained distinctly and unapologetically Southern, thereby avoiding adoption by the larger pop world even as his remarkable sense of phrasing and authentic texts fascinated pop artists across the country. Among his most enduring hits are “Cold, Cold Heart,” “Your Cheatin’ Heart,” “Hey, Good-Lookin’,” “I’ll Never Get Out of This Life Alive,” “Lost Highway”, and his signature hit, “Lovesick Blues.”

What listeners say about American Legends: The Life of Hank Williams