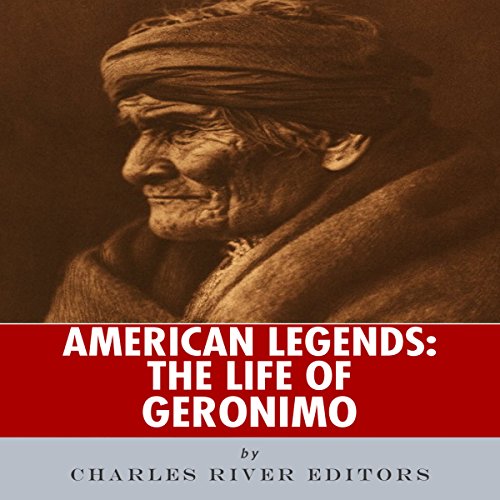 American Legends: The Life of Geronimo

The name "Geronimo" evokes a number of different emotions. Those who believed in 19th century America's "Manifest Destiny" viewed Geronimo and all Native Americans as impediments to God's will for the nation. Descendants of people killed by "hostile" Natives certainly considered warriors like Geronimo to be murderers and thieves whose cultures and societies held no redeeming values. Even today, many Americans associate the name Geronimo with a war cry, and the name Geronimo itself only came about because of a battle he fought against the Mexicans.

Over time, however, the historical perception of the relationship between America and Native tribes changed drastically. With that, Geronimo, or Goyahkla, was viewed in a far different light. Those who empathized with the fate of the Native Americans saw Geronimo as one of a number of Native American

What listeners say about American Legends: The Life of Geronimo