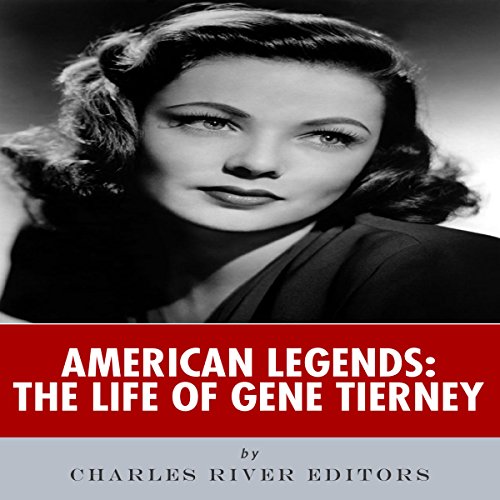 "I ask myself: Would I have been any worse off if I had stayed home or lived on a farm instead of shock treatments and medication?" (Gene Tierney)

"I was fine when it came to cheering up others, not so fine with myself." (Gene Tierney)

If people were asked to list the pros and cons of being a star in Hollywood, there's a good chance that Gene Tierney lived all of the highs and lows they could come up with. In many ways, Tierney had the prototypical career of an actress who experienced the best that Hollywood had to offer, and she got caught up with some of its most notorious pitfalls.

With beauty queen looks, once she was discovered, Tierney was almost immediately marked for success as an actress. After just a year on Broadway, she was making her film debut around her 20th birthday. But once she seemed to be on the road to instant fame, her early career faltered. All the while, she felt pressure to look her best, which included a strict diet to maintain her weight. In an attempt to lower her voice, which she complained sounded like "an angry Minnie Mouse", she also became a heavy smoker.

Tierney was a major star in her 20s, was one of World War II's most notable pinups, and was also nominated for an Academy Award for Best Actress by the age of 25, but life off the screen continued to cause her problems.