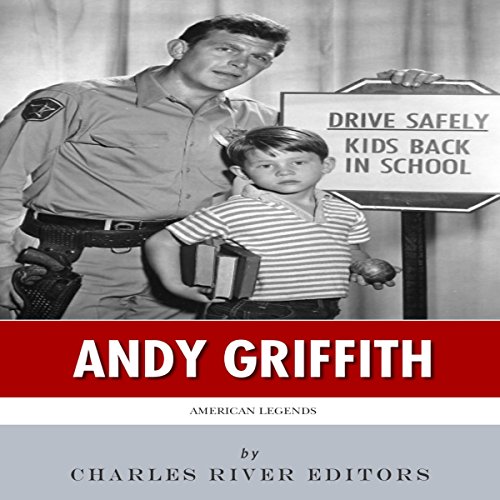 By: Charles River Editors
Narrated by: Allison McKay
Free with a 30-day trial

"What I like is to play a character like me. I don't care for it too much when I have to get away from myself." - Andy Griffith

"I wanted to prove that I could play something else, but there were 249 episodes out there of 'Mayberry,' and it was aired every day. It was hard to escape." - Andy Griffith

In 1957, little-known comedian and actor Andy Griffith won acclaim for his portrayal as a country drifter who uses his powers of persuasion to become a television host in A Face in the Crowd, so it was only fitting that the role helped propel him to become the face of one of America's most beloved sitcoms. The Andy Griffith Show starred Griffith and a motley crew of eccentric characters, most notably his sidekick Barney Fife (played by Don Knotts), and it managed to be one of the most popular shows in history during its run from 1960-1968, despite having a nostalgic feel that Griffith once described: "Well, though we never said it, and though it was shot in the 1960s, it had a feeling of the 1930s. It was when we were doing it, of a time gone by." The show obviously catapulted its namesake to fame, but it also made stars out of Don Knotts and a young Ron Howard, who went on to become one of Hollywood's best directors.

What listeners say about American Legends: The Life of Andy Griffith