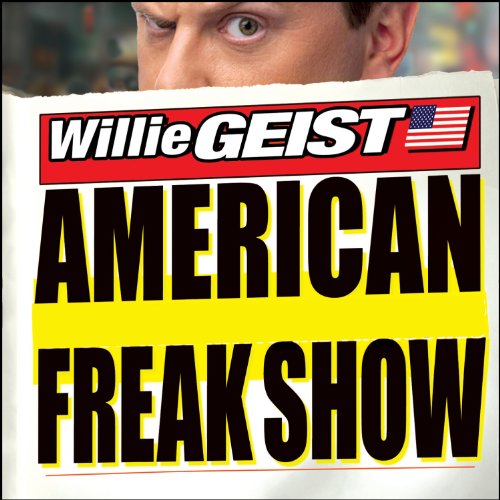 In just three short years, Willie Geist has gone from behind-the-scenes producer at MSNBC to rising on-air star, as the host of Way Too Early with Willie Geist and cohost of Morning Joe. He's fast, he's funny---something of an early-morning Jon Stewart. Now, in his first book, Geist focuses on America's ongoing parade of giant pop culture personalities, beings inflated by the Internet and twenty-four-hour cable news and tethered only loosely to the ground.

Think helium-filled characters like Sarah Palin, Bernie Madoff, Rod Blagojevich, Miley Cyrus, Jon and Kate, Miss California Carrie Prejean, Captain Sully, and the aptly named "Balloon Boy." They float into our lives, consume our attention as we gawk from the street, and then slowly drift away as another one bobs into view. In a series of hilarious yet biting satirical essays, Geist captures the absurdity of today's pseudocelebrity-obsessed culture. Among other things, he reveals Sarah Palin's 2012 Inauguration speech, broadcast to a national audience live from the site of WWE's Monday Night Raw as a tribute to "Real America." Geist also takes us inside the room for the Bernie Madoff Celebrity Roast in Hell. Roastmaster Pol Pot provides the laughs. And you'll pull up a seat for Sunday coverage of the seventh annual Kim John-Il Celebrity Golf Tournament, where Dear Leader teams with the likes of Mahmoud Ahmadinejad and funnyman Ray Romano for a good cause and some bad golf. Lately, American life seems like a parade of larger-than-life, overinflated giant balloon characters. Geist has written their made-up stories.