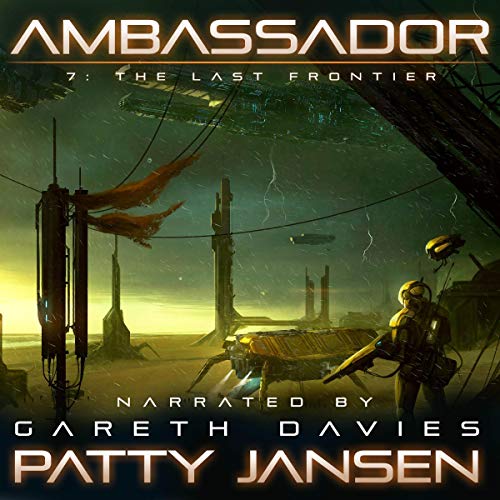 By: Patty Jansen
Narrated by: Gareth Davies
Try for $0.00

Never has there been more at stake for the people on Earth.

The referendum question is simple: does Earth join gamra, the organisation that governs the Exchange, the FTL space travel network?

While a “yes” vote would mean big changes, a “no” vote would leave Earth isolated and alone to face those waiting to fill the void, and those dark forces are already on the prowl.

Cory is one of the few people who can see the big picture - not just those campaigning for the “no” vote, but the off-Earth forces that wait behind them. But he and his team went on a holiday to New Zealand, and communication has been mysteriously cut off.

Someone is taking control of communication channels and bringing the "yes" campaign to its knees. By the time Cory is aware that the race is on, the only avenue open to him is a hard-hitting, negative campaign that requires him to go into the lion’s den: the homelands of the obscenely rich members of the Pretoria Cartel, where gun-crazy hunters, lions, and elephants are just the start of his problems.

What listeners say about Ambassador 7