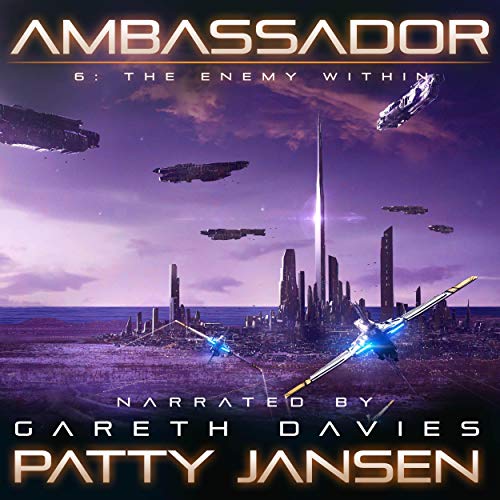 Ambassador 6: The Enemy Within

By: Patty Jansen
Narrated by: Gareth Davies
Try for $0.00

Two men went on a surfing trip in a remote area. Only one came back, accused of murdering the other. Sounds simple, right?

Not quite, because the alleged murder happened on another planet. The accused is a member of the secretive Pretoria Cartel of super-rich business tycoons - with illegal off-Earth ventures - and the only person who can remotely be called a witness is an alien, the elder Abri from the Pengali Thousand Islands tribe.

Diplomat Cory Wilson is asked to accompany Abri to the Nations of Earth court, but when he and his team arrive there, their contacts have been moved to different cases, their rooms are bugged, and their movements restricted. No one is answering their questions, but it is when a lawyer is murdered and Cory's team captures a mysterious stalker that things get interesting.

Just as well they are prepared in the usual way: alert and highly armed.

What listeners say about Ambassador 6: The Enemy Within