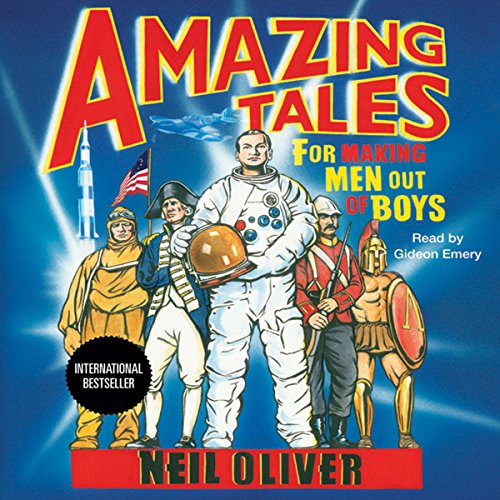 Amazing Tales for Making Men Out of Boys

By: Neil Oliver
Narrated by: Gideon Emery
Try for $0.00

Stories of heroism, exploration, and sacrifice - including Apollo XIII and Scott of the Antarctic - that inspire boys to be courageous, selfless, and open to adventure

Tales of brave and selfless deeds used to be part of every boy's education. We grew up sharing stories with our fathers, uncles, and grandfathers of how other men had lived their lives, met their challenges, reached their goals, and faced their deaths. Becoming a man was about comradeship and standing by your friends whatever the circumstances. And it meant that sometimes it was more important to die a hero than live a coward's life. Through Neil Oliver's vivid, stirring accounts we can rediscover the stories that inspire men to perform acts greater than themselves. These are the epics that we should all know by heart; the tales of courage, endurance, and sacrifice that made men out of boys.

Amazing Tales for Making Men Out of Boys is packed with classic stories of courage and heroism from around the world and includes four stories especially for the American edition: Omaha Beach, June 6th 1944; The Alamo; The Civil War Battle of Shilo; and The Revolutionary War Sea Battle of John Paul Jones and the Bon Homme Richard.