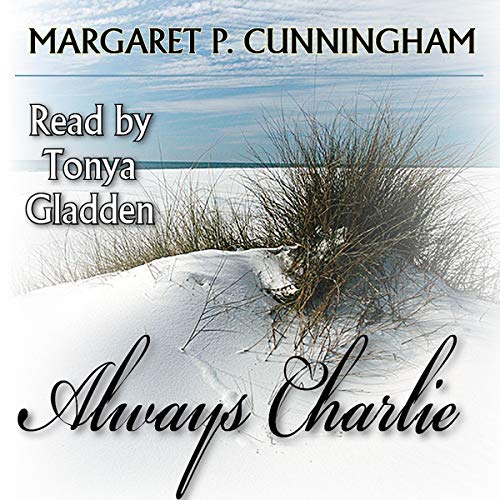 By: Margaret P. Cunningham
Narrated by: Tonya Gladden
Try for $0.00

A Bermuda love triangle has just formed on the gulf coast.

Charlotte “Charlie” Turner, artist and gallery owner, should know by now that ghosts of the oddest sorts always show up in her paintings - and in her quirky southern coastal town. Now, Harrison McMillan, the most spirited encounter of her life, has returned to haunt her. Twenty-five years earlier, he married another woman, and now darned if he doesn’t plan on doing the same thing again.

Harry’s memories are filled with romantic French evenings, the sea, and always...Charlie. In the aftermath of a devastating oil spill, the death of a crazy friend’s brother, and a series of purloined pelicans, life has become a teensie bit complicated for Harry.

Two things are certain: He has some confusion to clear up and more than a few mistakes to unmake - if he wants a ghost of a chance at love.

What listeners say about Always Charlie