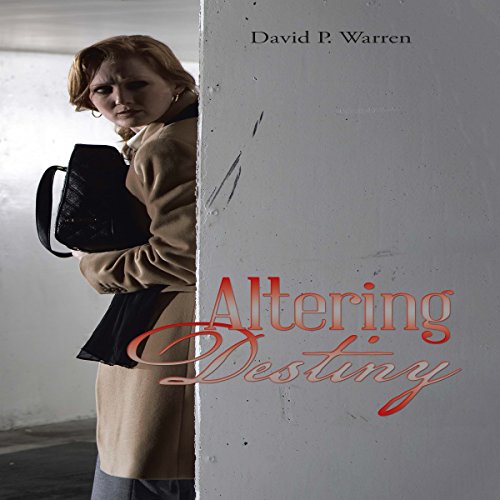 Altering Destiny is the story of Lynn Kelly, a young woman who, upon the discovery of almost a million dollars, finds her life-altering dreams soon becoming nightmares as she is relentlessly pursued for the money and for something else - something she does not know she has. When she discovers what she has inadvertently stumbled on, she soon learns that there is no way back and nowhere to turn.

Neither the unidentified men chasing her nor the police can allow her to publicly reveal what she has discovered. As Lynn attempts to run, the people around her are used as pawns in a game with no limits. Lynn's pursuers will stop at nothing to get the money and the object.

What listeners say about Altering Destiny

Characters well developed and the plot keeps you on the edge of your seat. There are surprises around each corner.

I need to alter MY destiny!

I love this book! It had plot twists that I wouldn't expect and I am usually pretty good at figuring things out ahead of time. The main character, Lynne, is a normal person who finds her strength. Too bad it takes something crazy to push her to find it! This was a great listen on the way to and from work.

Sorry, first audiobook I couldn't get past 45 minutes

The narrator was so young in the beginning and sounded like she was just reading the book out loud then another narrator started with the same style. I could not get past the narrative style to get into the story.