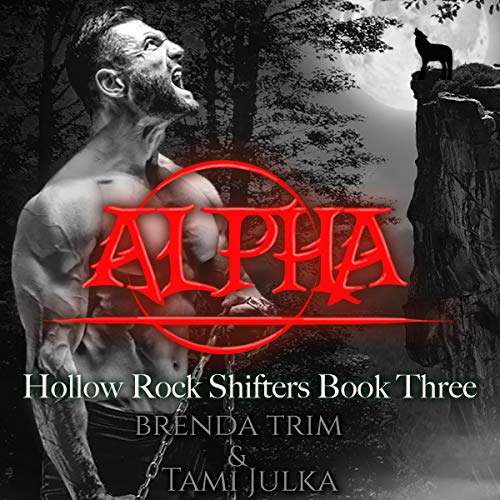 By: Brenda Trim,Tami Julka
Narrated by: Cliff Bergen
Try for $0.00

Lawson and Liv have experienced their fair share of hurdles. He's a shifter, she's human. He was held captive for three years by her former boss. Her best friend can't stand him. They faced every storm and came out stronger and more committed than ever. Happily ever after? Not quite.

When Lawson's brother turns Ravin, he and Liv leave Safe Haven in search of him. Liv is convinced she can reverse the horrific side effects of the disease if they can find and capture him. Luckily, they find his brother and take him to Liv's lab for treatment, but when they return home, Lawson is thrown into a death match when a disgruntled pack member challenges his role as leader.

Can Lawson defeat his enemy and follow in his father's footsteps as a revered Alpha, or will his dreams of sharing his life force with Liv die during the bloodshed under a full moon?

So far, I think this is the best one of the books in this series. Lawson and Liv leave Safe Haven to search for his brother, Ryan. Liv thinks she can reverse his disease. These books are so good. I am thoroughly enjoying them. Cliff Bergen did a great job with the narration. He continues to get better with each book. I still feel that the book would benefit from dual narration. I received this free copy audiobook at my request and have voluntarily left this review.

Getting to the core

This in my opinion is th best book so far in this series. I love the banter, action, revenge, and finally settling a long overdue score. I loved the descriptive narration by Cliff Bergen. I received this audio book at my request. I am leaving my honest review here voluntarily of my own volition.

This is book 3 in the Hollow Rock Shifters series. The romance between Liv and Lawson continues with more roadblocks set in the path of their HEA. Liv makes choices that may cost her life long relationships and Lawson too may lose someone near and dear no matter what lengths he goes. The bond Liv and Lawson share will be tested but in its testing also grows stronger. Can't wait to see what happens next as this pack continues to grow and develop.