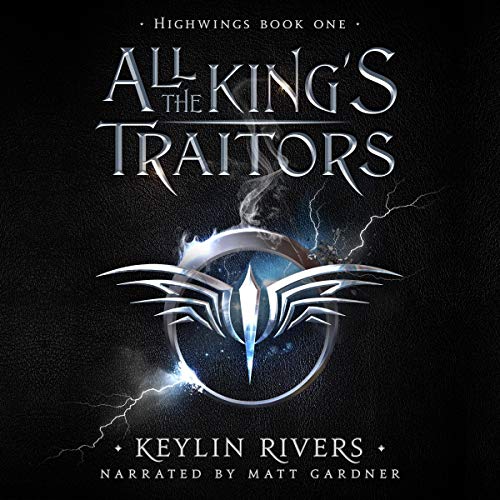 All the King's Traitors

By: Keylin Rivers
Narrated by: Matt Gardner
Try for $0.00

Over a thousand years have passed since the first Godstones ripped through the skies and mangled the earth. With their fall came centuries of chaos and destruction, but also immense power.

Power that separates humans from Gods.

Now, in the Kingdom of Azanthea, two adoptive brothers flee from unjust conscription.

A fugitive heiress of a slaughtered people struggles to truly be free.

A double-crossing warrior must choose where his allegiances lie: with his wife or with his daughter.

A traitorous heir to the Kingdom’s throne roams the lands in search of an army to call his own.

A prodigy in the House of Historian competes in a gruelling trial to prove her loyalty.

And one God-King rules over them all.

What listeners say about All the King's Traitors

A truly wonderful experience. A version of post apocalypse that I have never heard. In my opinion a true original. The narrator was spot on, and character voices very distinctive. It was a pleasure to listen. I can’t wait for the follow ups.

I received this audiobook free at my request for an unbiased review.