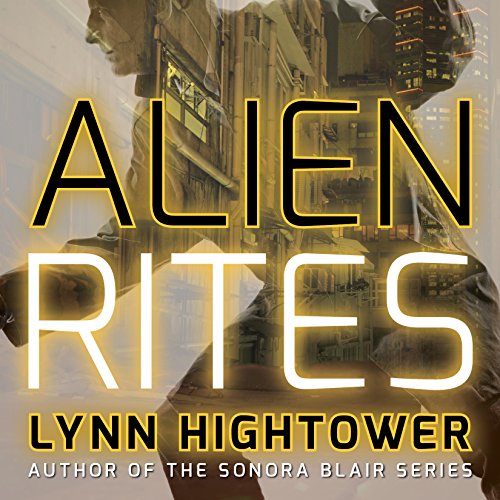 By: Lynn Hightower
Narrated by: William Dufris
Try for $0.00

Saigo City is caught in the grip of a savage murder spree by a perp who kills without compunction, then eliminates the evidence by torching the crime scenes. After a private residence is set on fire, killing two adults and four children, the hunt intensifies for this monster who seems intent on destroying both humans and Elakis. But there may be something else going on. The arsonist is targeting supper clubs, and afterward, the burned-out real estate is being snatched up by members of a sinister cult. With the help of an Elaki law enforcer named String and the alluring female psychic Teddy Blake, homicide detective David Silver follows his instincts and uncovers two startling connections between the arson killings: a shadowy mind institute and the disappearance of a Chicago heiress. As he moves closer to the truth, Silver is thrust into the line of fire. His marriage and life are on the line as he races to unmask the killer before the uneasy peace between humans and Elakis is destroyed forever.

What listeners say about Alien Rites