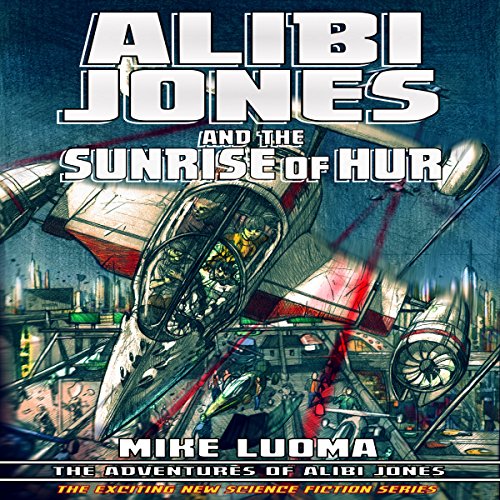 Alibi Jones and the Sunrise of Hur

Mediator for the Solar Alliance, Alibi Jones searches for a stolen Dakhur artifact, a golden tiara with a blood red gem - the Sunrise of Hur - a cultural treasure, property and pride of the Dakhur race.

But Alibi isn't supposed to land on the planet he most wants to investigate - Kismet, home of the crime lord Rene Laveillur, who's claimed Alibi's on-and-off girlfriend Katerina Ramsey as his own property.

Alibi's been warned - if he lands on Kismet, he's a dead man!

What listeners say about Alibi Jones and the Sunrise of Hur