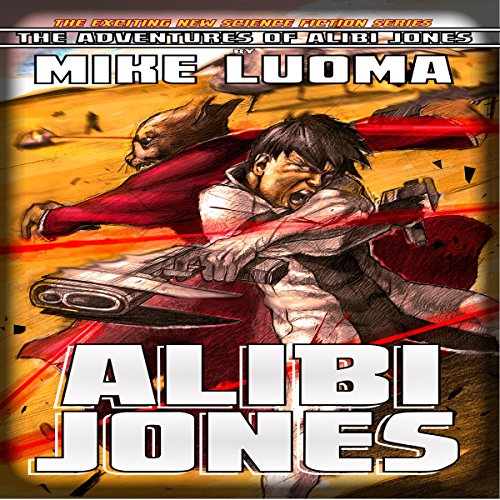 Alibi Jones' search for a kidnapped friend gets him thrown in an alien prison cell with the mysterious Dakhur named Kit and the man known as Piccolo. As Alibi follows the alien kidnappers' trail, he discovers dangers long thought dead are still very much alive!

An all new science fiction series from Mike Luoma, set in the same universe as his Vatican Assassin Trilogy. New listener friendly! It's 2135 and Alibi Jones is a mediator for the Solar Alliance. He's also the son of BC - The Vatican Assassin! Cover illustration by Federico Guillen.

What listeners say about Alibi Jones