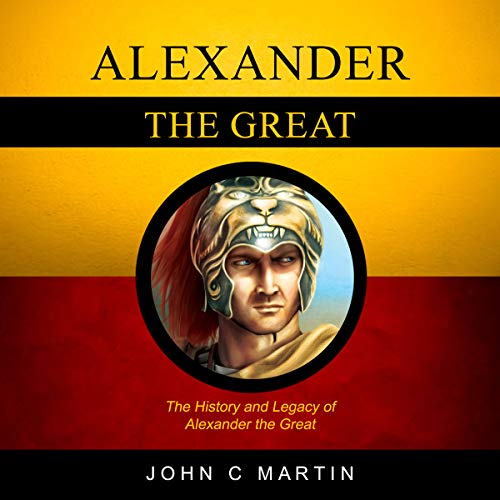 By: John C Martin
Narrated by: Adam Eckmair
Try for $0.00

Explore the captivating history of Alexander the Great.

In the first authoritative biography of Alexander the Great written for a general audience in a generation, classicist and historian John C Martin tells the remarkable life of the great conqueror. The celebrated Macedonian king has been one of the most enduring figures in history.

At 18, Alexander had conquered mainland Greece, was crowned King of Macedonia at 20, and by 26, he had made himself master of the once mighty Persian Empire. By the time of his death, aged only 33, in 323 BC, he was ruler of the known world and was being worshipped as a god by the Greeks, both at Babylon, where he died, and further west, among the Greek cities of the Asiatic seaboard. Based on meticulous research, the fruit of a lifetime's scholarship, this is an outstanding biography of one of the most remarkable rulers in history.

After a short account of Alexander's life before his landing in Asia Minor, the book gives a brief overview of the major stages of his conquest. This background sets the stage for a series of concise thematic chapters that explore the origins and objectives of the conquest; the nature and significance of the resistance it met; the administration, defense and exploitation of the conquered lands; and the varying nature of Alexander's relations with the Macedonians, Greeks, and Persians, etc.

If you're looking for a book on Alexander the Great; then this book is for you!

What listeners say about Alexander the Great

History and legacy of Alexander!!

There are a number of exceptional histories and biographies of Alexander the Great and his times, but John’s is by far the most readable I’ve yet to come across. This biography will leave the reader in awe of such a significant and extreme historical figure. Highly recommended.

Well-written into to Alexander the Great

I am an Alexander the Great admirer, and love reading about his adventures. This is a wonderful, way to read about Alexander and where he went, who he fought, and even what he thought. The book quickly captured my interest with a good pace and an easy to follow story.

The past is never dead.

This is an extraordinary history. Anyone expecting a conventional biography will be disappointed, since the biased and fragmentary nature of the primary sources makes modern biographical treatment for Alexander impossible, even more so than for other ancient heroes. This compilation of experts from all the major ancient sources that relate to Alexander the Great is a good source if you require a compact straight forward document on Alexander's highlights.