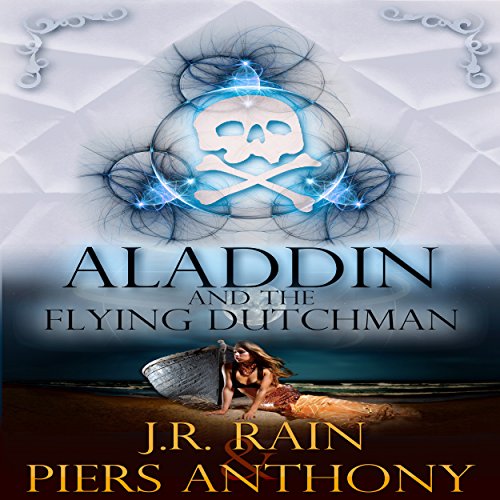 By: J.R. Rain,Piers Anthony
Narrated by: Paul Licameli
Try for $0.00

When Aladdin is summoned to save the magical Sirens from a ruthless and mysterious enemy, he soon discovers that the Key to Hades has been stolen from the sea nymphs' lair. Now the King of Agrabagh must venture deep into the heart of the Dark Continent in search of the legendary entrance to the Underworld. But when a costly mistake unknowingly bestows upon their flying ship all the knowledge of the Universe, plans radically change. What follows is a game of gods and demigods that pits Aladdin against Hades himself. At stake is not only his immortal soul but the lives of everyone he loves. Luckily, Aladdin has a few tricks up his sleeve - and friends in high places, including one very powerful djinn.

From best-selling authors Piers Anthony and J.R. Rain, Aladdin and the Flying Dutchman is the third in a magical series set in the enchanted world of the Arabian Nights.

What listeners say about Aladdin and the Flying Dutchman: Aladdin Trilogy, Book 3

Would you listen to Aladdin and the Flying Dutchman again? Why?

Yes, it's another feel good story in the series. The narration by Paul Licameli makes the characters come to life and has you laughing along with them.

Definitely Aladdin. He is the hero after all :) The amount of trouble he gets into keeps me chuckling the entire way through the book.

He is amazing! All the different voices he throws into these books. I don't know how he keeps track of all of them. He is a pleasure to listen to.

Laugh! If you need a day to pass quickly- grab one of these books.

Audiobook received for an honest review.

Fun audiobook just like book 1. I really enjoyed listening , fun fast moving bu not recommended to younger teenagers just because of some of the adult content that maybe not appropriate for their age.