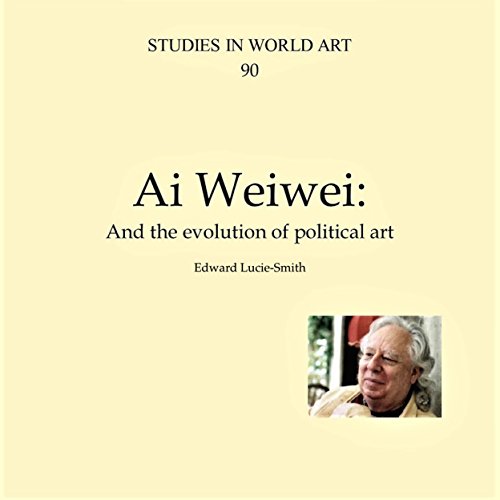 Ai Weiwei: And the Evolution of Political Art

By: Edward Lucie-Smith
Narrated by: Anthony Howard
Try for $0.00

To start this off I can’t do better than quote the piece by Ben Luke, resident art critic of the London Evening Standard, that appeared shortly before my time of writing, and a couple of weeks before the relevant exhibition opened at the Royal Academy:

“Ai Weiwei”, Luke said, “is probably the most famous artist in the world. He has transcended the world of museums and galleries, and exerts a newsworthiness that no other artist competes with.”

This statement, if one bothers to look through the kind of publicity that Ai now attracts - thanks to the digital revolution most of this is easily available with a few clicks on one’s computer - is self-evidently true. Even the very biggest art stars of the past - not Picasso in his dotage, for example, nor Andy Warhol in the 1960s during the epoch of The Factory and the New York nightclub Studio 54, nor even Joseph Beuys, at the time when his 'Organisation for Direct Democracy Through Referendum' formed the central point of reference at the 1972 Documenta 5 in Kassel - enjoyed the same degree of global celebrity.

In large part this is due to the operation of the Web itself. Picasso died in 1973, Beuys in 1986, and Warhol in 1987. Though we still speak glibly of the two latter as 'contemporary artists', really they belong to a different world in terms of celebrity and how it is created.

What listeners say about Ai Weiwei: And the Evolution of Political Art