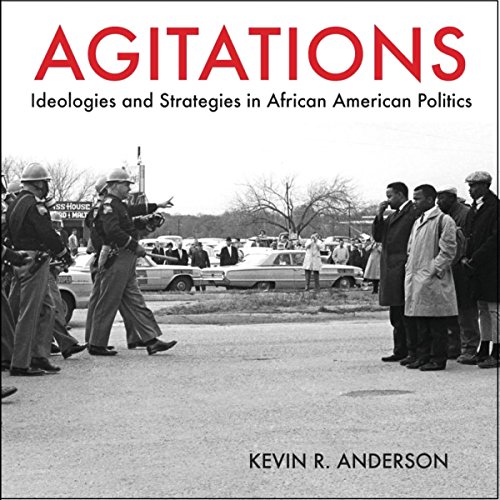 Though the activities of the National Association for the Advancement of Colored People (NAACP), the Southern Christian Leadership Conference (SCLC), and the Student Nonviolent Coordinating Committee (SNCC) were unified in their common idea of resistance to oppression, these groups fought their battles on multiple fronts. The NAACP filed lawsuits and aggressively lobbied Congress and state legislatures, while Martin Luther King Jr., and SCLC challenged the racial status quo through nonviolent mass action, and the SNCC focused on community empowerment activities. In Agitations, Kevin Anderson studies these various activities in order to trace the ideological foundations of these groups and to understand how diversity among African Americans created multiple political strategies.

Agitations goes beyond the traditionally acknowledged divide between integrationist and accommodationist wings of African-American politics to explore the diverse fundamental ideologies and strategic outcomes among African-American activists that still define, influence, and complicate political life today.

"A brilliant conceptual analysis...to undertake this pioneering analysis, Anderson brings to political philosophy and theory a bold and innovative new concept of his own: political agitations." ( Journal of American History)

What listeners say about Agitations: Ideologies and Strategies in African American Politics