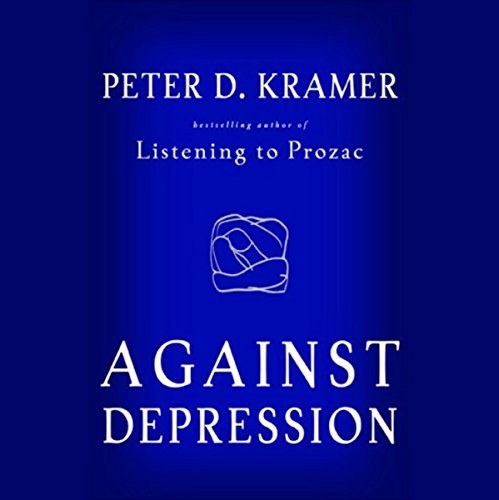 A decade ago, with his breakaway best seller, Listening to Prozac, Peter Kramer revolutionized the way we think about antidepressants and the culture in which they are so widely used. Now, he returns with a profound and original look at the condition those medications treat, depression. He asks: If we could eradicate depression so that no human being ever suffered it again, would we?

Depression, linked in our culture to a long tradition of "heroic melancholy", is often understood as ennobling, a source of soulfulness and creativity. Tracing this belief from Aristotle to the Romantics to Picasso, and to present-day memoirs of mood disorder, Kramer suggests that the pervasiveness of the illness has distorted our sense of what it is to be human. There is nothing heroic about depression, Kramer argues, and he presents the latest scientific findings to support the fact that depression is a disease, one that can have far-reaching health effects on its sufferers.

Frank and unflinching, Against Depression is a deeply felt, deeply moving book, grounded in time spent with the depressed. As his argument unfolds, Kramer becomes a crusader, the author of a compassionate polemic that is fiercely against depression and the devastation it causes. Like Listening to Prozac, Against Depression will offer hope to millions who suffer from depression, and radically alter the debate on its treatment.

"The book is rich with questions that engage the reader in an active dialogue....Resolute but not preachy, this book is an important addition to the growing public health campaign against depression." (Publishers Weekly)

If you do know medical terminology

I found this book incredibly interesting and informative. The author both gives examples and describes the concepts and research behind depression. His premise that depression is seen differently from other physical illnesses and even mental illnesses, likely because of "charm", is really fresh and interesting. However, you come away with the idea that if your amygdala is shrunken, you are sunk. One of the best reads I've had thus far.

I found many of the authors points to be interesting and found his descriptions to be very relevant to my own experiences with depression as a sufferer and watching my family experience it. He is very passionate about his views on depression which evoked some interesting discussions between me and my spouse.

Unfortunately he repeats his views innumerable times! Over and over beating the same ideas into the ground! He argues and re-argues points! By the final section of the book where he describes the history of melancholy in literature I was simply impatient for the book to be over. I also got very tired of his mentioning all the other books he has written.

He uses a variety of technical language, which, as a medical student, I feel pretty comfortable with. However, I am not sure that arguments about hippocampal size and neurotransmitters will appeal to everyone. I have also had a number of lectures on pharmacology that make it clear to me that he over-dramatizes the importance of many effects and under-appreciates others. For example, he talks about the drug interferon alfa as being difficult for patients to stay on- the number one reason being depression. The PharmD teaching my lecture only mentioned that side effect in passing.

Overall, it was an interesting book, but I don't see myself listening to it again anytime soon and I advise caution to listeners who are bored by mentions of medical studies or uncomfortable with medical rationale.

Need to be fluent in medical terminology

Not only do you have to be fluent in medical terminology, but you also want to be interested in hearing detailed reports filled with medical terminology about every part of the brain, and then some. If you're not interested, listening can get you depressed. And I'm against that.

Helped me to understand

This book helps to destigmatize the feelings of guilt and responsibility from having clinical depression and more importantly from seeking treatment.

Would you consider the audio edition of Against Depression to be better than the print version?

I wouldn't be able to judge. I was very happy with the audio edition. I have not seen the print one, although I have read another book, Listening to Prozac, in print form by the author. These are two separate genres and I do not like to compare them.

It wasn't a story, as it is a non-fiction book about depression.

Have you listened to any of Peter D. Kramer’s other performances before? How does this one compare?