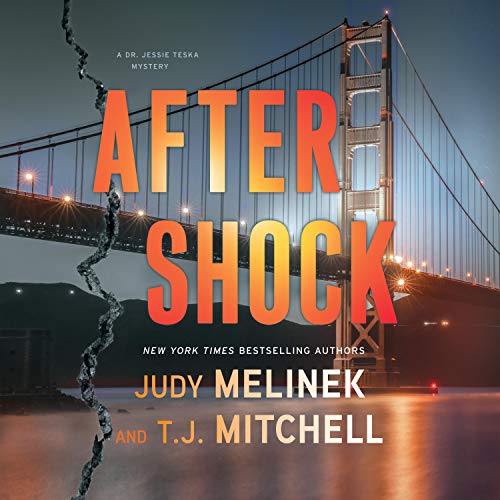 There’s a body crushed under a load of pipes on a San Francisco construction site, and medical examiner Dr. Jessie Teska is on call. So it’s her job to figure out who it is - and her headache when the autopsy reveals that the death is a homicide staged as an accident.

Jessie is hot on the murderer’s trail, then an earthquake sends her and her whole city reeling. When the dust clears, her case has fallen apart and an innocent man is being framed. Jessie knows she’s the only one who can prove it, and she races to piece together the truth - before it gets buried and brings her down in the rubble.

With Melinek and Mitchell’s trademark blend of propulsive prose, deft plotting, and mordant humor, this rollicking new installment in the Jessie Teska Mystery series will shake you up and leave you rattled.

What listeners say about Aftershock