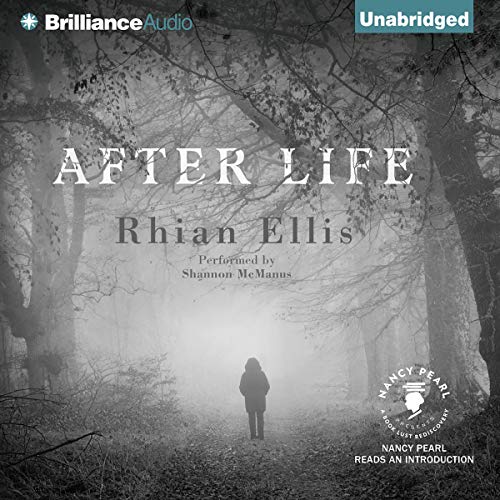 By: Rhian Ellis
Narrated by: Shannon McManus
Try for $0.00

For Naomi Ash, growing up the daughter of a clairvoyant medium exposed her to the chicanery of a business where telling people what they want to hear is the only currency. And the sleepy hamlet of Train Line, New York, nestled against a frigid lake in the westernmost fringes of the state, was founded on, built, and is still sustained by it. Now a young woman and a practicing medium herself, Naomi still lives in the place that nourished and raised her - the place where she fell in love.

Love, however, can be deadly. And the secrets behind the fake and the fraud, behind her deepest desires and greatest fears, and behind the lies and truths of her life collide with ferocity and quiet consequence, a profound duality that pervades the past and the present, and crosses the line between the living and the dead.

What listeners say about After Life

This story is told through the voice of Naomi Ash, the daughter of a medium. Her strange life made her pretty much an outcast in Trainline, New York where she grew up. Trainline, (modeled on a real town, Lillidale, New York) is filled with mediums who, in various ways, make contact with the dead. Naomi herself becomes a medium. The book begins with Chapter 1 entitled: “What I Did” which includes a blow-by-blow description of how Naomi got Peter’s dead body out of her bed, down the stairs, and follows step by step until she digs a grave and gets him into it. She never says specifically that she murdered him, or how it happened, but she makes it clear that she is at fault for his death. But instead of telling anyone, she buries him, says Peter has left town, and even sends postcards to his mother on occasion trying to show that he is still alive. But then ten years later, his body is found although not immediately identified. Naomi is contacted because people knew that she had been Peter’s girl friend at some point. Naomi’s mother tried to conjure up a name for the body and wanted Naomi to help her-awkward that! Then she gets pulled in in other ways. This book is nebulous in many ways-it’s hard to tell what is true and what is not. It’s a haunting and unforgettable book, I think a debut novel.