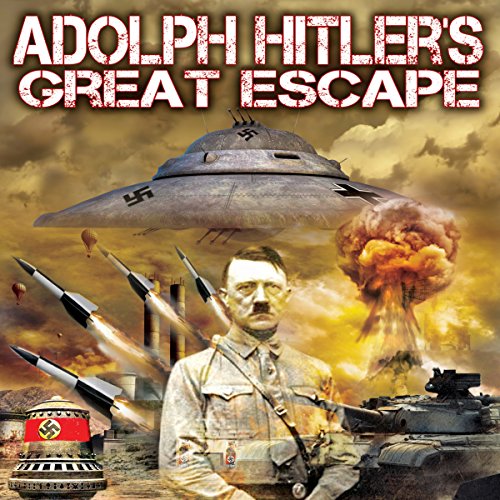 Adolf Hitler and hundreds of high-ranking Nazis escaped to South America at the end of World War II. New evidence suggests that the Allied governments knew he was still alive and helped conceal the truth that he was living in Argentina with his wife, Eva Braun Hitler. Based on the best-selling book, Hitler in Argentina by Harry Cooper, a renowned WWII expert and researcher who uncovered little-known information on the escape of not only Adolf and Eva but also Martin Bormann, Josef Mengele, Adolf Eichmann, Klaus Barbie, the notorious "Butcher of Lyon", and others. Cooper reveals Germany's "Wonder Weapons," the Nazi Bell, Flying Disks, Black U-Boats, and the shocking history regarding the German base in Antarctica.

This download is incomplete as far as I can tell.

this book came with only the first chapter. I was never able to find or download any more of it.
I tried to get help with it with no avail. if there is anymore charters I would very much like to read the rest of it.

Terrible. Not a book. Just a guy rambling.

This is not an audio book. It is just a guy rambling with theories. Poorly done. Waste of money. I feel cheated. can't believe this is even sold.

Waste of time and credits!