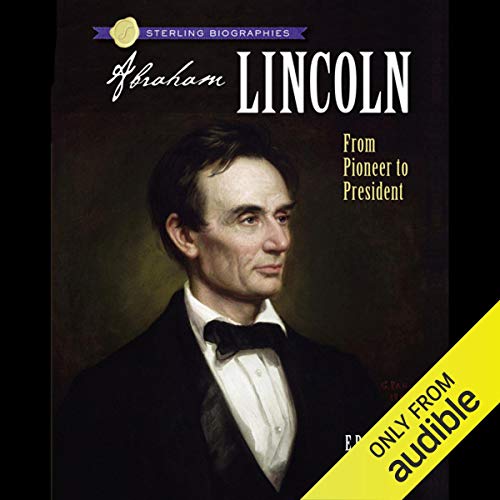 By: Clara Ingram Judson
Narrated by: Kevin Pariseau
Try for $0.00

This Newbery Honor Book - from a three-time Newbery Honor author - paints an indelible portrait of the prairie president. Clara Ingram Judson presents Lincoln in all his gauntness, gawkiness, and greatness: a backwoods boy who became President and saved the Union.

Judson's careful reading is enlivened by her visits to his home and vivid descriptions of the Lincoln family's pioneer life. She reveals the unforgettable story from his boyhood and days as a shopkeeper and lawyer, to Lincoln's first elected offices and his election as president, the Civil War, and assassination.

Clara Ingram Judson wrote more than 70 children's books. She won the Newbery Honor three times, and was a two-time recipient of the Laura Ingalls Wilder Award. Judson also hosted a radio program on homemaking, which debuted in 1928 - making her one of the first female broadcasters.

"This Lincoln biography will appeal to everyone from preteens to seniors. For the first few minutes it seems juvenile, but soon the narrator catches your heart with his mild impersonations and attractive way of bringing language to life. Narrator Kevin Pariseau's adaptation of his personality to the biography of an esteemed president will keep the attention of listeners of all ages." (AudioFile)

I am an adult reader. I learned a lot from this book and would highly recommend it to kids and adults alike. I am not much into history books but this was a great story of President Lincoln's life.