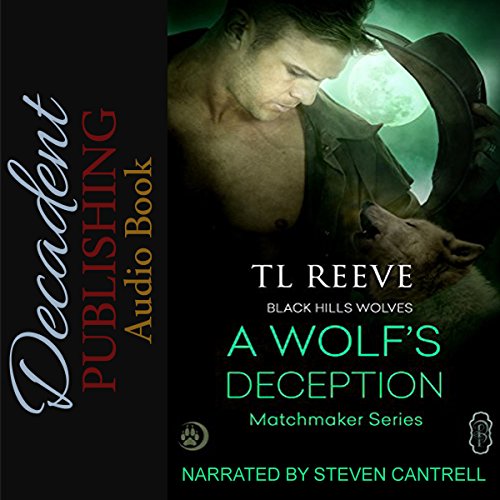 By: TL Reeve
Narrated by: Steven Cantrell
Free with a 30-day trial

At 20, Graham Truesdale found the love of his life. He would do anything for her...until the night she died. With a broken heart and death lurking in the shadows, he leaves Los Lobos with his family, fully expecting his life to end.

In one horrific night, Elle St. Claire’s life changes forever. Fleeing pack lands, she leaves behind everything she’s ever known. And once she hops a bus to North Carolina, she can never return.

Ten years later the matrons decide true love needs a kick in the pants. It’s time to bring Elle St. Claire home. A single phone call changes Elle’s life once again. And though deception isn’t really her game, her life on the East Coast along with her dual nature have given her more than a few secrets to bear. Pulling strings as they do, the matrons push the destined mates together, and Elle must find a way to combine her new life with the past. Can the she create a future with her one true love, or have the matrons yanked so many strings that everything has become a tangled mess?

What listeners say about A Wolf's Deception