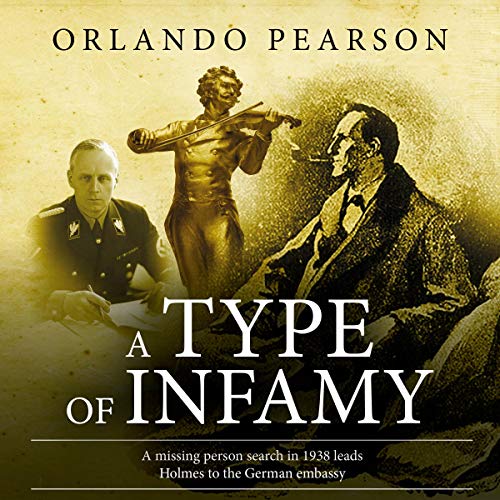 A Type of Infamy

By: Orlando Pearson
Narrated by: Steve White
Try for $0.00

It is March 1938. A print worker petitions Holmes about the disappearance of a fellow worker at the Daily Mail.

Diplomatic immunity and the pusillanimity of the British government prevent any further action being taken in 1938, and the mystery is only finally solved in the ruins of Vienna in the bitter winter of 1945-46.

What listeners say about A Type of Infamy

Sherlock Holmes Before & After WW11 Story

Entertaining story beginning in1938 and and concluding 8 years later . Holmes & Watson in their 80's ?