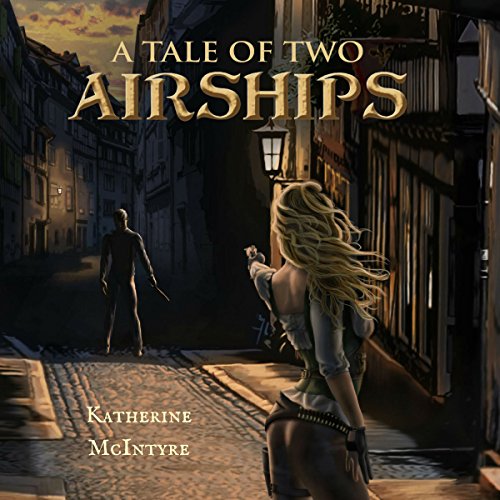 A Tale of Two Airships

By: Katherine McIntyre
Narrated by: Cari Scholtens
Try for $0.00

Bea and the crew of the Desire are back, and there's one fierce storm brewing on the horizon. When Isabella's old clan delivers a letter that sends their crewmate into a funk, Bea's suspicious. However, when they're intercepted by gypsies on the way to their meetup for the next smuggling job, her suspicions switch to pissed off.

Yet none of that compares to the rage that ignites after Bea and their recon team return to the docks to find the Desire missing. Stolen. By those goddamn gypsies from Isabella's old clan.

And once the Morlocks spot them in a bounty bar and put a price on their heads, if Bea doesn't find a way to the skies and fast, they're screwed six ways to sailing day with their home flying further and further out of reach.

What listeners say about A Tale of Two Airships