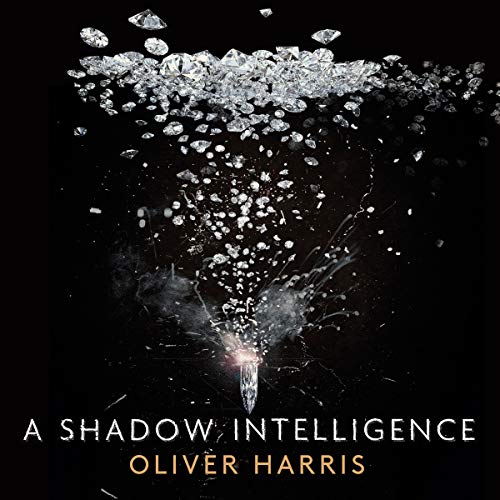 The intelligence service puts two years and over £100k into the training of new field officers. You're shown how to steal cars, strip weapons, hack bank accounts. There are courses on the use of blackmail and improvised explosives, two workshops solely dedicated to navigating by the stars. But nothing about what I had heard one old spy call whiplash. No one tells you how to go home.

There is a dark side to MI6 that needs men like Elliot Kane - mercurial, inquisitive, free floating. He's spent 15 years managing events overseas that never make the papers, deniable and deeply effective. Kane is a ghost in his own life, picking up and dropping personalities as each new cover story comes into play. But when a woman he loves, Joanna Lake, vanishes without a trace in Kazakhstan, he is forced centre stage.

Drawn ever deeper into a realm of deception, Kane moves from merely infiltrating events to steering them. He's used to a new mode of hybrid psychological warfare - but snowbound Kazakhstan presents unique challenges. Poised between China, Russia and the West, dictatorship and democracy, state intelligence and an increasingly powerful world of private agencies, it's impossible to work out who is manipulating who. And Kane's not the only one trying to figure out where Joanna Lake has gone or what she learned before disappearing.

Unable to trust anyone, hunted by his own colleagues, and with the life of someone he loves at stake, Kane needs to work out who is driving events, and why....

"Oliver Harris is always pure quality and I'm loving the hell out of his foray into the contemporary spy novel." (Ian Rankin)

This book is so long winded and confusing I really don’t know why I continued with it,I kept hoping it would become clear what the story was about,it wasn’t until three quarters of the way through that the real story was made clear.The main problem was that a lot of it was written in long complicated paragraphs involving different countries,people and politics.Many of the people were not fleshed out sufficiently to remember who they were when they cropped up again.The narration was good,nothing else.

Way too long to get into the plot. It couldve been a good listen but Sadly not impressed. Promised lots of interest but delivered little to exite. 2 out of 10....😕

Narrator exceptional.
Sososo nearly a tremendous mega read but too complex with characters not quite memorable enough when they cropped up later on. Perhaps with the wonderful political, geographical and personal information in it, a trio of books might have been written, or perhaps my memory isn’t very good.

A good book, well read. Would like to read more from Oliver Harris or hear more read by Richard Cole

A book I would stay awake listening to. For me Kazakhstan is a wonderfully mysterious location. And the story weaves webs of power from the Asian steppe back to Western Europe. It also feels like it is telling the cutting edge of spycraft. More of a technical thriller than a character based drama as you would find with le carre, but a great example of the genre.

This book took an age before anything significant happened. For me there was far too much talking and not enough action. I'm not likely to read any more of this author

You will need to concentrate to enjoy this book because there are a lot of strings to the complex story but it's worth it. Richard Coyle does a masterful job and the pace and detail in the text is terrific. Thoroughly enjoyed this one

felt unstructured to me

wasn't really sure what was happening in this story or what it was about. maybe I wasn't concentrating but it didn't compel me to listen any more closely.

Fascinating concept of a plot. Minor mistakes in geography and pronunciation... A very good book to contemplate for those interested in geo-politics.