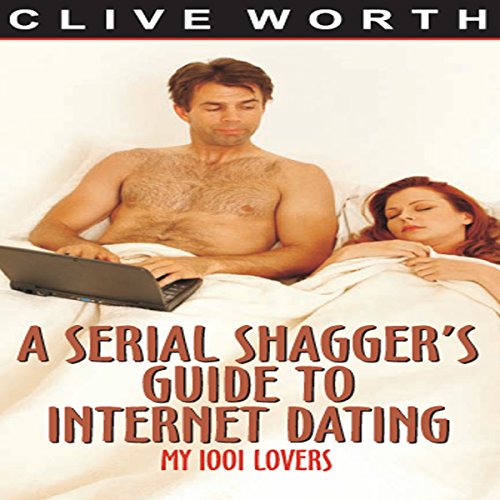 By: Clive Worth
Narrated by: David Angelo

Clive Worth, dubbed the serial shagger by the media, rose to meteoric fame - or should that be notoriety - when he was banned from one of the biggest on-line dating websites.

Now the man with substantial media attention and with more notches on his bedpost than Casanova reveals his methods of getting his end away in this easy to follow guide of how rumpy-pumpy via Internet dating agencies is so easy. You don't have to be a silver-tongued charmer in the salsa class or god's gift in the pub in order to win a date - now it's easier to get your message across via the Internet. Follow Clive's advice and rid yourself of loneliness.

This is the amazing story of how reformed alcoholic Clive Worth changed his life and how, over a five year period, ex-miner turned serial shagger, sex god, and love guru Clive Worth dated and had sexual relationships with over 1001 women after being introduced to them via Internet dating services. His savior from dereliction, as he puts it, is Internet dating. His story is sure to raise some eyebrows!

Learn how you can do the same. From California to Cardiff, Berlin to Bristol, Saudi Arabia to Swansea, the women have come flocking to meet the man behind the Lucky Lips pseudonym, flirty e-mails, and racy phone calls.

After being dumped by one of the largest Internet dating services (DatingDirect.com) for bedding too many women and banned from the largest social network site for bedding hundreds of women via that site he says: "There's lots of dating sites on the Internet - I'm going to carry on until I'm 90."