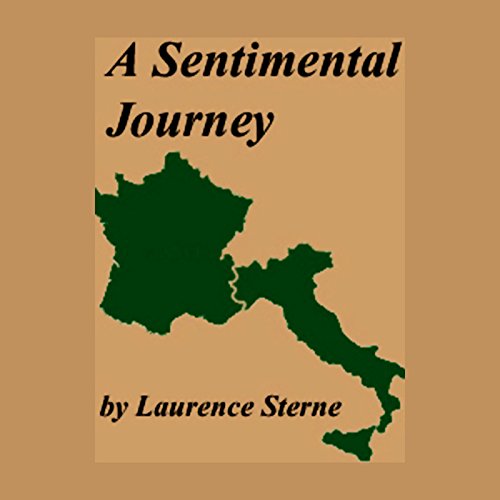 A Sentimental Journey Through France And Italy

By: Laurence Sterne
Narrated by: Walter Covell
Try for $0.00

Sterne is one of the most original and unexpected of writers, and A Sentimental Journey differs from other travel books as greatly as Tristram Shandy differs from other novels. Sterne travelled in France during the 1760s and drew on his experiences to write the narrative of Mr. Yorick, the Sentimental Traveller. Mr Yorick follows his Sensibility and finds pleasure in everything he does, in contrast to contemporary travel writers, Tobias Smollett in particular, whom Sterne satirizes in the figure of 'Smelfungus'.

Sterne did not live to complete the part on Italy. He called it a "sentimental" journey because the point of travel was not to see sights or visit art collections, but to make meaningful contact with people. Yorick succeeds, but in every adventure, his ego or inappropriate desires and impulses get in the way of "sentimental commerce." The result is a light-hearted comedy of moral sentiments. Abroad Sterne became the "high priest of sentimentalism," and as such had a profound impact upon continental letters in the second half of the 18th century.

What listeners say about A Sentimental Journey Through France And Italy

You can't blame the author for this poor production of Sentimental Journey. The book itself is fragmentary, but for some reason, during production, someone decided to rearrange much of the text. In addition to liberties with the arrangement, the producer repeats sections. The result is nothing like the text. I do not recommend this recording.

The narration was fine in tone, but early on I got very confused when one chapter ended abruptly. Knowing that Sterne had a tendency to write in a choppy, abrupt style (the very last sentence is missing end punctuation), I thought at first it was part of the original text. But then I compared it to a text version and realized that this audio book skipped a chunk and then reordered several chapters. It seemed to be an issue that plagued only the beginning hour or so--the last half of the audio matched the text. But if you are considering an unabridged audio version of A Sentimental Journey, I would look elsewhere.

For people who admire Lawrence Stearne

If you could sum up A Sentimental Journey Through France And Italy in three words, what would they be?

Stearne has written an irony driven narrative. It is witty and it is fun to read.

This is the worst book I've read in years. It's comprised entirely of disconnected episodes of only the faintest interest. My review of two stars is for the reader - the author deserved zero for this tripe.

Was very pleased when I discoved this only to be as equally disappointed upon discovering it narrated with an American accent. To have the part of a 18th century Englishman played by a chap from Rhode Island is just idiotic. Beyond that he reads Sterne's light and playful prose in lifeless monotone adding insult to injury.