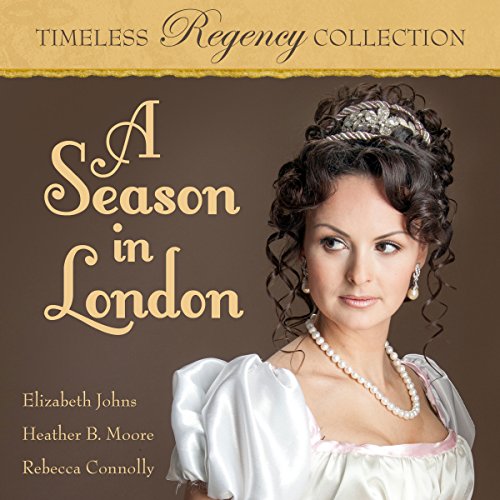 A Season in London

By: Elizabeth Johns,Heather B. Moore,Rebecca Connolly
Narrated by: Sarah Zimmerman
Try for $0.00

By: Jennifer Moore, and others

By: Heidi Ashworth, and others

A Holiday in Bath

By: Julie Daines, and others

By: Jennifer Moore, and others

By: Heidi Ashworth, and others

A Holiday in Bath

By: Julie Daines, and others 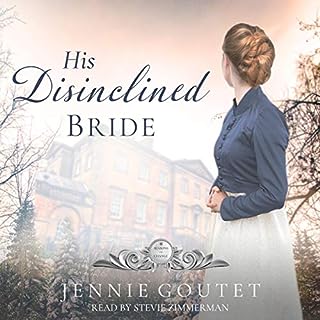 Kitty Stokes never imagined she’d be so weak as to sacrifice herself on the altar of family obligations, but when the only alternative to marriage with Lord Hayworth is to play nursemaid to her brother’s children, Kitty reluctantly agrees. On her wedding day, she’s certain she has made a grave error, but it’s too late to back out. 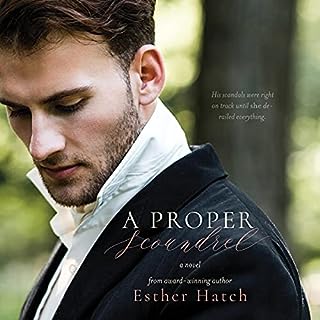 As the successful owner of multiple railroad lines, Diana Barton is all too accustomed to fending off suitors seeking to stake their claim on her wealth. In order to keep the wolves at bay, Diana has contrived the perfect plan: appeal to the most notorious rake in London, the Baron Lord Bryant, to ruin her reputation and scare off the worst of the time wasters. The ruse will be no hardship - she’s secretly been fascinated by the man for years. 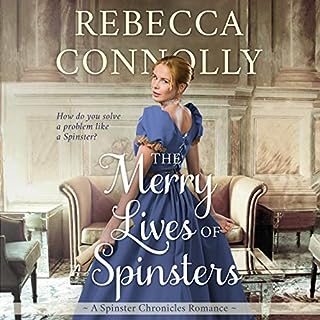 Georgiana Allen is a spinster, and everybody knows it. She also happens to be one of the writers for the Spinster Chronicles, and everybody knows that, as well. She’s accepted her lot in life, and along with the other spinsters in her circle, takes great pride in the articles she writes and the influence she has. Then, Captain Anthony Sterling infiltrates their group and her life, and Georgie impossibly begins to hope, once more.

The Merry Lives of Spinsters 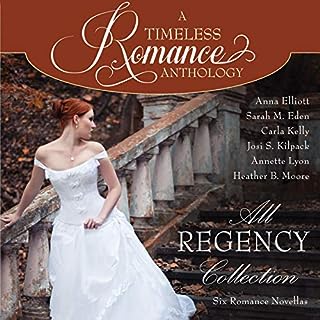 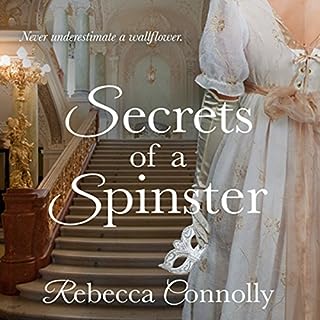 Mary Hamilton has had enough of being passed over by all of the eligible men in London, though she's had years and years of practice, and she's ready to give it up. But before she hangs up her dancing shoes for good, she wants one season of everything she's never had - invitations, flirtation, and suitors. But will all of that actually give her what she's always secretly wanted? Behind every little secret, there's another secret waiting....

Secrets of a Spinster 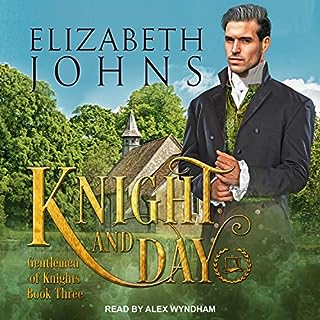 Lord Edmund Knight has dedicated his life to rescuing unfortunates and prostitutes which he refers to as his doves. One of his rescues comes with more baggage than he bargained for, and he is forced to hide her at his brother's estate in far away Devonshire. Lady Isabella Hartmere was ruthlessly placed up for auction by her father to settle gaming debts, but is miraculously rescued by a vicar in the nick of time. As her father becomes desperate to find her, the situation becomes more dangerous by the minute. 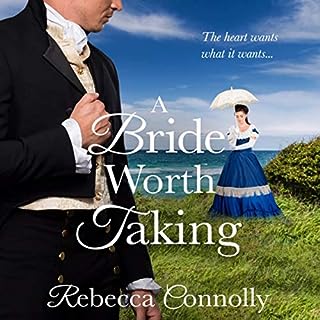 When disaster strikes, Marianne Bray finds herself in quite a mess, and the most important things in the world are at stake: her family name and her reputation. Desperation leads to a solution she cannot bear, but she has no choice. She must bind herself to a man who can protect her, save her, and, more importantly, tolerate her. Unfortunately for her, that man is Kit Gerrard.

A Bride Worth Taking 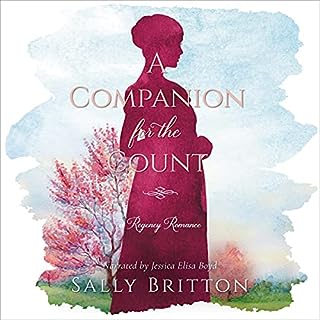 Emma Arlen has spent a decade as a member of the duke’s family, in the position of companion to his daughter and ward to the duke himself. She would do anything to show her support to the ducal family for their love and kindness. When Lady Elinor begs Emma to distract a most determined Sicilian suitor, she agrees at once. How hard can it be to keep one man entertained for a few weeks?

A Companion for the Count 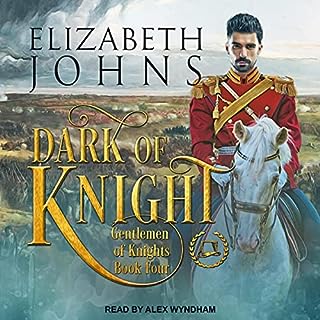 Major Lord Felix Knight has always known he was destined for the army and is fiercely loyal to the Crown. Thriving on adventure and danger, there is no room in his life for the love and relationships which have cast their spells over his brothers. After healing from his time as a prisoner of war, he returns to the Peninsula to continue the fight against Napoleon. Despite Felix's vows to the contrary, a beautiful lady causes him to lower his guard and soon he finds himself torn between love for country and woman. 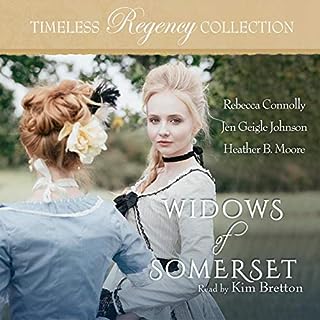 Rules of the Secret Society of Young Widows: Rule one: Be a widow. Rule two: Have an impeccable reputation. Rule three: Don't fall in love again. Sound interesting? The author thinks so too! Listen to Widows of Somerset and experience the compelling world of a victorian historical romance.

By: Rebecca Connolly, and others 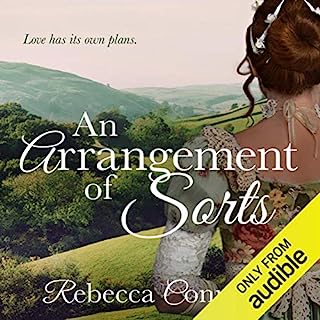 He was intrigued...Nathaniel Hammond, Earl of Beverton, is working to restore his new estate and aid his tenants. But everything changes when he meets the beautiful and mysterious Moira Dennison, a bold young woman who offers to hire him, unaware of his title, to help her find her fiancé. Curious and unable to resist, Nathan accepts her offer, keeping his true identity a secret, never dreaming of what the future held for him.

An Arrangement of Sorts 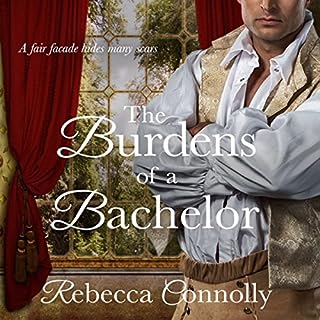 Colin Gerrard has everything. He is a handsome, charming, and unattached gentleman in possession of a fortune. What nobody knows, and would never suspect, is that he is not nearly as carefree as he seems, nor is his heart free for anyone’s taking. It was already taken long ago, and when his lost love unexpectedly reappears, in London of all places, he’s very much afraid she still has it.

The Burdens of a Bachelor

From the publisher of the USA TODAY bestselling & #1 Amazon bestselling Timeless Romance Anthology series in Clean Romance, comes A SEASON IN LONDON.

As a 'poor relation,' Emma Standrich has already pre-empted her dismal Season by applying for a governess post. Her aunt and cousin are kind enough to sponsor her, but in truth, Emma is just waiting for it to all be over. Emma's grief over the death of her brother while in military service casts a pallor on everything else in her life. When Colonel Shelton, the man who was her brother's superior, asks her to dance at her first ball, Emma is more surprised than anyone. But she has questions for him, and soon she's caught up in an intrigue she wasn't expecting - both of the heart and the mind.

EDWARD & EMILY by Heather B. Moore

As a second son, Edward Blackwood never anticipated becoming heir to his family estate, or the need to find a wife and secure that inheritance. But with the death of his older brother, Edward is thrust into a life he never wanted. When his mother encourages him to be kind to his long-time neighbor Emily Foster, a girl he'd hardly paid attention to while growing up, Edward realizes that returning home might not be such a set-back after all.

A SPORTING SEASON by Rebecca Connolly

Daphne Hutchins is no simpering female who aims for a husband with a fortune. In fact, she'd be more than happy to live her life free of the heartache that men seem to bring. So when she sets out to play the fool in front of the ton during her first Season in order to send all eligible men running, she's quite unprepared for James Woodbridge. Bored, but with a sense of family duty, James arrives for the Season, anticipating going through the expected motions befitting any gentleman. What he isn't prepared for is Daphne Hutchins and the way she completely upends his heart.

Other books in the Timeless Regency Collections:

A HOLIDAY IN BATH

FALLING FOR A DUKE

A NIGHT IN GROSVENOR SQUARE

What listeners say about A Season in London

another great set of stories. I absolutely love them. funny throughout and acceptable for people of all ages. narrator was great and easy to follow

I enjoyed listening to all three of these stories. I especially enjoyed the third story about Daphne and Jamie which was witty. Each was a good escape and distraction.

Three great stories with endearing characters and interesting problems. The narrator did a great job and was fun to listen to.

Good stories. Not so good narration..


POOR RELATIONS by ELIZABETH JOHNS
I like these kinds of novellas. Ones about spies instead of a short story on a romance and insta-love. I like Emma and Colin. They were sweet and attracted to each other and falling in love while Colin tried to find a killer and a traitor.

EDWARD AND EMILY by HEATHER B. MOORE
A really cute love story. I like books where couples write letters to each other and fall in love along the way. Edward was a bookworm as well as a pugilist (bare knuckle fighter) and Emily was a debutante who helped run the family estate.

A SPORTING SEASON by REBECCA CONNOLLY
I loved Daphne. She was trying so hard to make herself look like bad. And Jamie could see right through her escapades. They were a very sweet couple.

As to the narration: Ms. Sarah Zimmerman isn’t all that good. Most of the time her men sound too feminine and her emotions leave a lot to be desired. Just because a female narrator can do a woman's voice good doesn't make her a good narrator. It's the men she has to get good at. No one wants to hear a big tall hero that sounds like a girl.
I love, love, love Stevie ZIMMERMAN so I was stupid enough to believe SARAH would be alright. But, no. She needs to take some lessons from Stevie.

These are all G-rated.

All three stories were quite good. I enjoyed the plots and the character development in each story. Well done ladies.

All the stories were different but fun. The beginning of each did not tell you the end- fun.