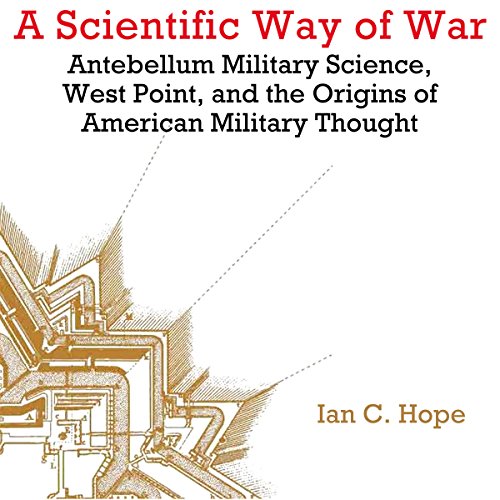 A Scientific Way of War

A Scientific Way of War analyzes how the doctrine of military science evolved from teaching specific Napoleonic applications to embracing subjects that were useful for war in North America. Drawing from a wide array of materials, Ian C. Hope refutes earlier charges of a lack of professionalization in the antebellum American army and an overreliance on the teachings of Swiss military theorist Antoine de Jomini. Instead, Hope shows that inculcation in West Point's American military curriculum eventually came to provide the army with an officer corps that shared a common doctrine and common skill in military problem solving. The proliferation of military science ensured that on the eve of the Civil War there existed a distinctly American, and scientific, way of war.

"This book is required reading for anyone who would understand generalship and high command in the American Civil War." (Richard J. Sommers, senior historian emeritus, U.S. Army Heritage and Education Center, U.S. Army War College)
"Truly original.... No other scholar has so successfully explained what Americans understood by the phrase 'military science' as taught-and modified over time-at West Point." (Peter Maslowski, author of Looking for a Hero: Joe Ronnie Hooper and the Vietnam War)
"A detailed, thoughtful, and provocative explanation of the evolution of the U.S. Army's understanding of military science and why this scientific view of war was so important in the nation's military history and to the conduct of the Civil War." (Brian McAllister Linn, author of The Echo of Battle: The Army's Way of War)

What listeners say about A Scientific Way of War

A Scientific Way of War is a big win!

Would you listen to A Scientific Way of War again? Why?

I would listen to A Scientific Way of War again. The narration by Kevin F. Spalding was engaging, holding my attention and interest throughout the entire audiobook. I was fascinated to learn about the Enlightenment's influence on military science and the focus on math,science, and engineering in the education of West Point cadets from the 18th century up to the Civil War, and even still today.

What other book might you compare A Scientific Way of War to and why?

Personally, I had never listened to a book comparable to A Scientific Way of War. I am one who tends to gravitate towards military biographies, and Ian C. Hope's material was more technical and scholarly in nature than most books in my library. However, I am thankful for the recommendation and the insight I gained by listening to this book.

My favorite scene came towards the end when Ian C. Hope examines the Civil War and the fact that West Point had produced leaders on both sides well versed in the art of military science, who ultimately face off on the field of battle. As we all know, the Union prevails in this war, in large part because of industrialization, which is in itself an arm of military science.

Because of the technical nature of the book, it was best for me to listen, absorb, and enjoy the material over multiple sittings.

A New Perspective on History

This was extremely eye opening. Looking at Antebellum American History through the lens of not just battles and generals, but the science and theory behind those battles. I had no idea that the enlightenment had such an effect on military thought. Extremely fascinating!

The history of an amazing place!!

This book provided an insight to the creation, purpose, and evolution of the United States Military Academy, what an amazing story! The "performance" of Kevin Spalding, kept the book engaging and enjoyable. Not sure I could have read this entire book!